Southeast Asia is a growing market of over 600 million consumers across 10 countries with a collective GDP of $2.986 trillion in 2018.1

In August 1967, an economic and political alliance of five countries – Singapore, Malaysia, Thailand, Indonesia and Philippines – was formed and named Association of Southeast Asian Nations (ASEAN). Subsequently five countries were expanded to include a further five countries with Cambodia as the latest member to join in 1999. The core purpose of bringing these countries together, as stated in the ASEAN declaration, was to provide the members states a cohesive voice on a global platform and accelerate economic growth, social progress, and cultural development in the region.

Today, as a single market Southeast Asia/ASEAN holds tremendous promise. With greater integration and technological advancement, the region is predicted to become the fourth largest economy in the world by 2030 after the United States, China and the European Union.

Whether Southeast Asia will fulfill its potential is no longer a question; rather how it will drive global growth is a question worth exploring.

Research and innovation are the cornerstones of national and regional strategy to develop a knowledge-based, innovation-driven economy.

In Southeast Asia, the ASEAN Economic Community Blueprint (AEC) 20252 has outlined an important role for science and technology and intellectual property in contributing to the achievement of national and regional socio-economic development goals. Under the ASEAN Plan of Action on Science, Technology and Innovation (2016 to 2025) the importance of active R&D collaboration, public-private partnerships, technology commercialization and entrepreneurship has been emphasized. The ASEAN IPR Action Plan (2016 to 2025) 3 identified intellectual property as a fundamental element in driving innovation.

From analysis of patent filings over the last ten years (2010 to 2019), domestic patent applications filed in Southeast Asia demonstrated a compound annual growth rate (CAGR) of 13%, even though domestic applications occupy a smaller share of total activity compared to those from foreign entities (measured non-priority patent applications ASEAN). With widespread government investment in research and development and emphasis on IP cooperation and protection throughout the region, the most recent five years witnessed an acceleration of this trend with a staggering 87% growth in domestic patent applications. Top domestic patent filers are a combination of key research institutes and academic institutions. The Agency for Science, Technology and Research (A*STAR) in Singapore; Malaysia’s national R&D Institution MIMOS and the Indonesia Institute of Sciences (LIPI), the National Science & Technology Development Agency (NSTDA) and the Vietnam Academy of Science and Technology led the pack in their respective countries. Following close were the research universities such as the National University of Singapore, University Putra Malaysia, the University of Indonesia and Cebu Technological University in the Philippines.

Within the ASEAN region, Singapore is the front-runner with domestic patent applications steadily increasing with 69% growth in the ten-year time-period (2010 to 2019). The growth in patent applications is backed by the government’s commitment to a $19bn R&D spend under its Research Innovation Enterprise 2020 Plan (RIE2020).4 The plan specifically aligns with the country driving towards becoming a Global IP Hub in Asia. 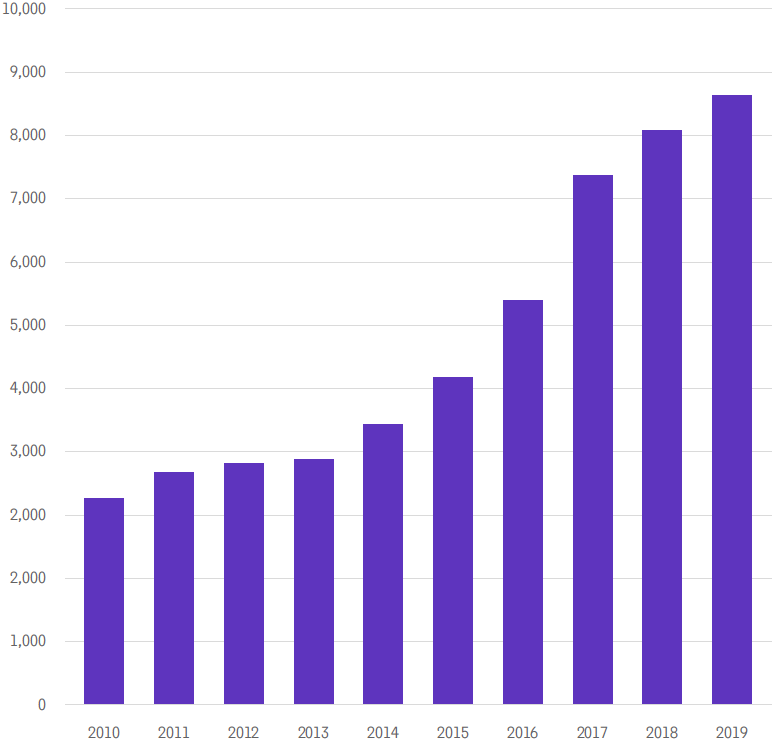 Conglomerates or government-linked businesses account for 40% of the top listed stocks, playing a major role in Southeast Asia5. In recent years, they have found new sources of growth through international expansion, adoption of cutting-edge technologies and mergers and acquisitions.

They are embracing intellectual property protection, setting up world-class IP departments and are emerging as top innovators in their respective countries.

Siam Cement Group and Sime Darby are great examples of conglomerates that have expanded on the back of a well-developed domestic business in Thailand and Malaysia respectively to Southeast Asia and beyond. Malaysia-based Purecircle has jointly developed new forms of stevia, a sugar alternative, for future beverages with Coca-Cola since 2012. In 2018, eyeing further expansion, it moved its global headquarters from Kuala Lumpur to Chicago, Illinois.

Petronas, a Malaysian Oil-major, entered a collaborative partnership agreement with Kongsberg Ferrotech to leverage the patented Oktapous IMR (inspection, maintenance & repair) robot to implement maintenance technologies for subsea assets, revolutionizing the way industry conducts IRM-operations in the oil and gas industry. Viettel, the largest state-owned military telecommunications company in Vietnam, has been expanding its presence in Southeast Asia, Latin America and Africa. Viettel recently announced it is developing its own 5G equipment, joining other players such as Nokia, Samsung, Ericsson and Huawei; this caught attention and raised concerns due to a formidable patent barrier that already exists.6

Semiconductor companies in Singapore make up 11% of global market share.7 Singapore based Avago Technologies bought Broadcom for $37bn in 2015 in the biggest-ever chip deal and followed it up with the acquisition of Brocade for $5.5bn and CA Technologies for $18.9bn, strengthening its patent position significantly in sectors such as mobile, data centers and the internet of things, making the company one of the largest holders of patents amongst semiconductor manufacturers.8 Another Singapore-headquartered semiconductor company, STATS ChipPAC, was acquired by China’s Jiangsu Changjiang Electronics Technology Co Ltd (JCET) in a $1.8bn deal from Temasek.9 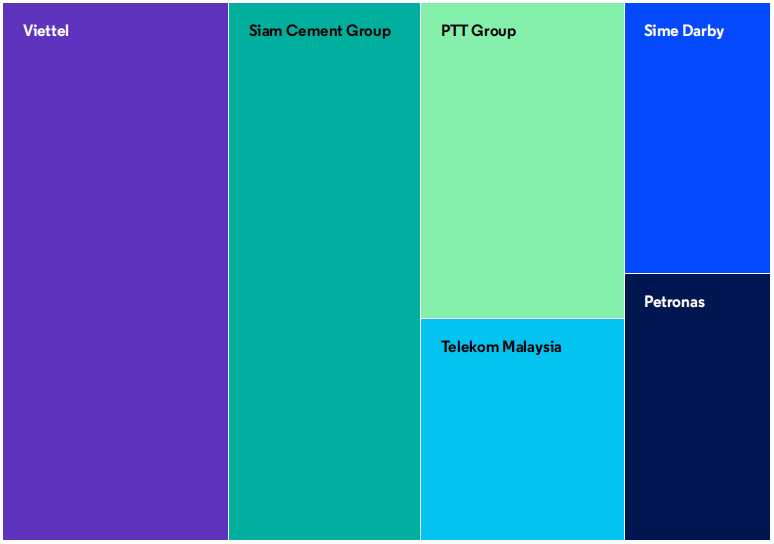 The Masterplan10 on ASEAN connectivity 2025 aims to seamlessly connect and integrate member countries. It predicts digital technologies could potentially be worth up to US $625bn by 2030 in the region which is being hailed as the next frontier owing to the booming internet economy and the presence of unicorns with innovative and localized business models such as Go-Jek, Grab, Razer and Lazada.

Analysis of patent filing activity from 2010 to 2019 also highlights the dominance of the technology area of digital computers across markets. Within the area of digital computers, software products and database applications for information retrieval were key focuses and the majority of the patent protection in both areas was led by Singapore. Singapore also demonstrated focus in the areas of telephone and data transmission systems, followed closely by Vietnam.

Patent offices are launching innovative initiatives to accelerate application to grant. Fintech Fast Track (FTFT) initiative expedites application-to-grant process for FinTech patent applications to as fast as 6 months and Accelerated Initiative for Artificial Intelligence (AI) led to the grant of an AI related patent to Alibaba in record-breaking three months. Both initiatives are led by the IP Office of Singapore (IPOS). As we explore innovation enabled by the internet which is user-oriented and is born out of collective co-creation, a new model of open innovation and intellectual property creation and protection will be required.

In the next few years, as the member states continue to attract increased foreign direct investment from multinational corporations, governments explore cross-regional synergies that promote inter-country research collaboration and highly skilled talent is allowed to flow within the region resulting in cross-pollination of ideas and dissemination of knowledge, Southeast Asia will lead with its unique innovation-led growth story – a story built on diversity and cooperation.