Many companies worldwide were impacted by the 2008 Global Financial Crisis (GFC) and the effect resonated in their patent activities. In Japan, many if not most companies decreased patent applications after the market crash that followed. The Tokyo Stock Exchange (Nikkei Average) slumped around 10,000 JPY between 2008 to 2012.

After 2013, the Nikkei Average rebounded to about 23,000 JPY – higher than before the crisis. The number of patent applications in Japan, however, have not recovered and are still lower than pre-crisis levels. The implication is that the 2008 GFC has fundamentally shifted the way Japanese companies pursue patent protection. 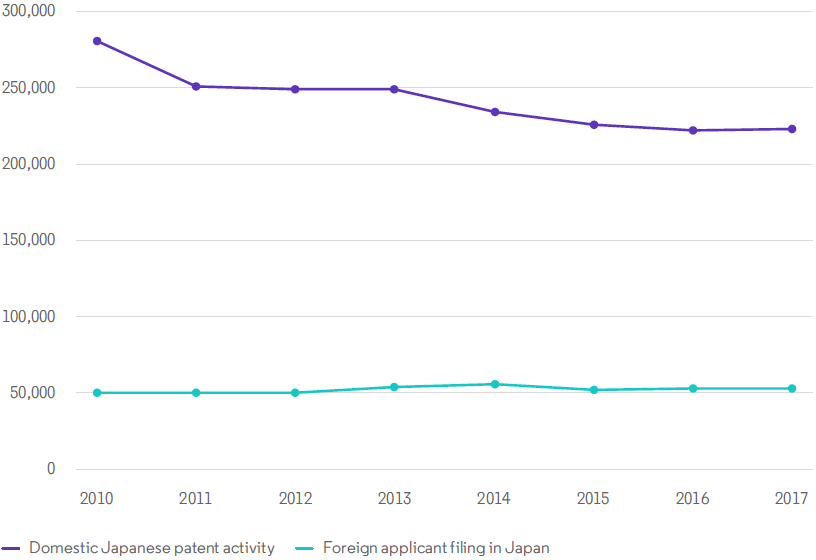 The question all of this raises is: have market forces and financial crises caused the invention creation activities of Japanese companies to become sluggish despite the recovery of the Japanese economy?

The answer is no.

Instead, the strategy of Japanese companies changed. They have shifted focus from the quantity of patents filed to being more selective and focused on the quality and usefulness of patent application and better spend of budgets. Japanese manufacturing firms have also undergone significant globalization. 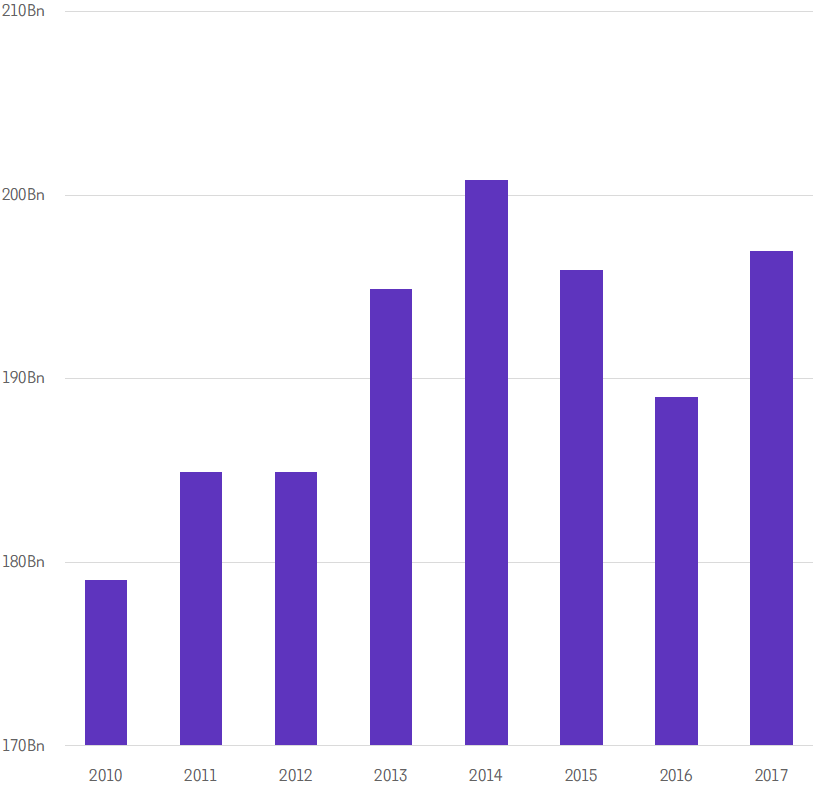 In the past, Japanese companies filed many patent applications related to products in Japan regardless of the invention quality simply to defend against their competitor’s patent application; R&D and manufacturing base were primarily in Japan.

Part of this is evident in a 2018 Bank of Japan report3 concerning licensing fees generated by Japanese applicants to foreign companies. The report tracked an increase from just over one trillion JPY in 2010 to 3 trillion in 2017, with Asian and American entities as major licensees. In most cases, the licensee is a subsidiary of licensor manufacturing their products, and Japanese companies receive the license fee from the subsidiaries based on their patents filed in subsidiaries’ location.

Finally, the 2019 JPO report showed that Patent Cooperation Treaty (PCT fast-track, a route to international patent protection) by applicants located in Japan increased between 2014 and 2018 from approximately 40,000 to 50,000. However, while Japanese companies are increasingly investing for patent filing in their subsidiaries’ locations and market via PCT, the budget for patent prosecution by Japanese companies has not increased and remained stable at approximately 500 billion JPY.

The story generated from this data is one of a pivot and change in focus. Japanese innovators have had to review the necessity of Japanese patent coverage in an environment of limited and non-growing intellectual property budgets. Firms have had to focus on inventions that are more impactful and higher quality, as well as more carefully protected geographically, to file important applications in their subsidiaries’ location.

A simple view of declining Japanese patent activity, particularly by local firms, can lead to an incorrect view that Japanese innovation has itself reduced. In the past, Japanese firms performed their R&D in Japan, they manufactured in Japan and they sold in Japan.

This simply isn’t the case in 2020 – R&D has shifted to subsidiaries in other locations and the manufacturing footprint is much more pan-Asian. IP budgets are lower, but this has necessitated a more thoughtful approach to patent activity. Quality, selectivity and wisdom in patent filing is different from 10 years ago, and Japanese patent activity has changed in response.