Uncovering the potential cause of rare diseases

Although rare diseases affect a small percentage of the population, the U.S. research organization Global Genes has estimated more than 300 million people worldwide have one of the approximately 7,000 diseases that are defined as “rare” in the United States.1

The cause of rare diseases could vary, but majority are thought to be genetic. In some cases, genetic changes that cause diseases are passed from one generation to the next. In rarer cases, they occur randomly in a person who is the first in a family to be diagnosed.

Researchers have made progress in learning how to diagnose, treat and even prevent a variety of rare diseases since the emergence of next generation sequencing (NGS). There has been an increase in the number of entries for the molecular basis of particular phenotype in Online Mendelian Inheritance in Man (OMIM) database from year 2007 to 2017 since the emergence of NGS technology (Figure 1). NGS has enabled cheap and rapid genetic diagnosis, highlighted the relevance of mosaic and de novo mutations, brought to light the wide pheno-typic spectrum of most genes, detected digenic inheritance or the presence of more than one rare disease in the same patient and paved the way for promising new therapies.2 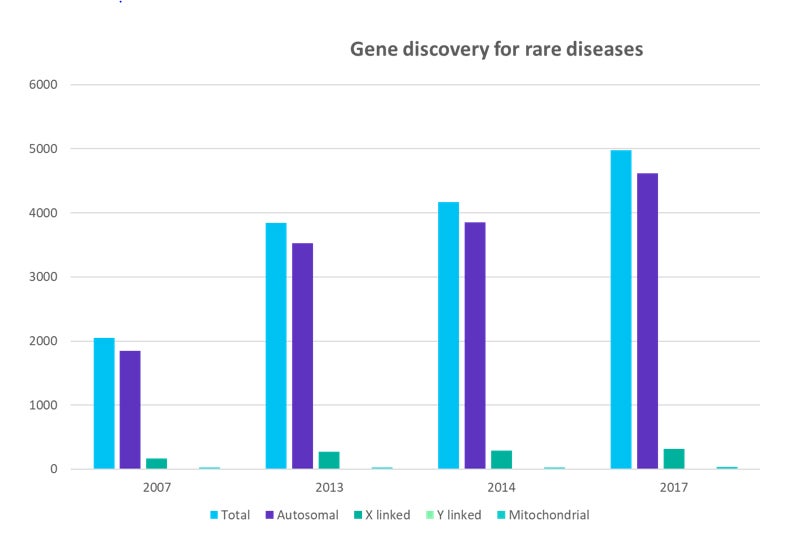 Figure 1: Increase in the number of entries for the molecular basis of particular phenotypes in Online Mendelian Inheritance in Man (OMIM) database form year 2007 to 2017 since the emergence of NGS technology.
Source: Curr Med Chem. 2018 Jan; 25(3): 404–432.

But the challenge with NGS is that the output files are huge, and the analysis to identify the disease-causing mutation is just like finding a needle in the haystack. The systems biology approach can help resolve the issue by using a single platform that allows quick NGS data analysis, enabling you to understand the processes behind your gene variants and hypothesize the mechanism of action between them.

One example is the rare disease genomic study to analyze the genotype and phenotype of a patient suffering from Charcot-Marie-Tooth disease (CMT), which is one of the most common causes of peripheral neuropathy affecting at least 1 in every 2,500 people. This patient inherited missense mutations in RAB7A and LRSAM1 genes, both reported to cause different subtypes of CMT, and the interaction of which seems to modify the disease phenotype (Figure 2). The possible digenetic effect could only be identified when two mutations were found to be involved in the same process.

Establishing the connection between these two genes to a single process requires reading scientific literature to associate genes with the disease of interest, finding how they interact with other genes in the related process and then coming up with a hypothesis. Hypothesizing and identifying digenic effect is much faster and easier when using a systems biology analysis platform that includes high-quality, manually curated information.3

Using a Precision or genomic medicine driven by systems biology can revolutionize how we improve health and treat disease.4 A systems biology approach can result in the development of more comprehensive research perspectives and lead to higher level of understanding of complex and multifactorial disease conditions. Ultimately, researchers can more quickly identify and evaluate underlying predisposition to disease, disease diagnosis and disease progression. 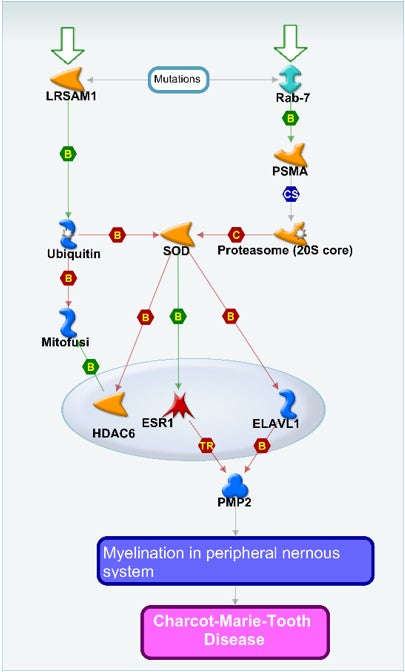 Figure 2: This pathway map shows the interaction of missense mutations in RAB7A and LRSAM1 genes which seems to modify the disease phenotype.
Source: Metacore, a Cortellis solution.

Learn more about how you can gain a better understanding of a drug’s impact on a disease at a molecular level with MetaCore, a Cortellis solution.