A study by the Centre for Innovation in Regulatory Science (CIRS) has identified trends in approvals of New Active Substances (NASs) by six major regulatory authorities1 , focusing on 2019 as well as the period from 2010 to 2019. In addition to tracking the number of approvals and the time to approval, the study also investigated contributing factors such as company strategy, the conduct and type of agency review process, the type of product and its therapeutic area.

CIRS has been benchmarking regulatory agencies since 2002 using a methodology developed with agencies that ensures like-for-like comparisons. The resulting analyses, published annually since 2012, give unique insights into regulatory processes and practices, identify where improvements can be made and inform company and agency strategies.

Despite convergence over the last 20 years, the study showed that there were still differences in approval times across the six agencies in 2019 (Figure 1). However, there was less variation between agencies when comparing the time from submission to the end of scientific assessment (number in parentheses, Figure 1). This highlights that, at least for some agencies, there are activities that occur following the end of scientific assessment, such as administrative activities or additional negotiations with the sponsor, which contribute to the overall approval time. 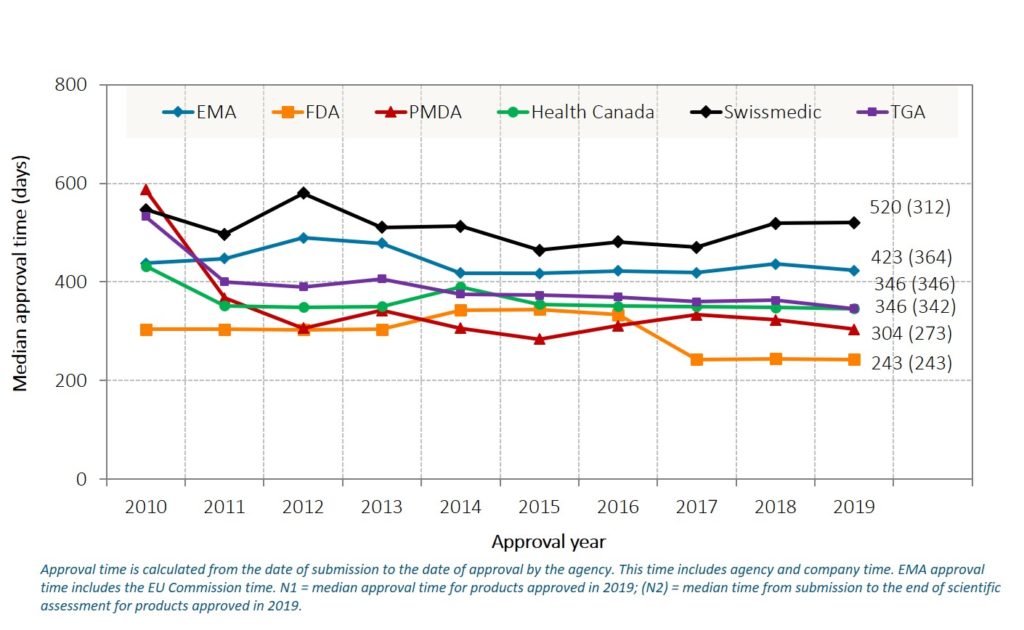 The authors found that the number of NASs approved by the six agencies has generally increased over the last decade. However, when only the last five years were considered, there was a plateau in approvals by all agencies except the FDA, which continued to approve an increasing number of products. This may be due to the availability of facilitated regulatory pathways at the FDA, or that some medicines approved by the FDA, particularly from smaller companies, do not become internationalized.

The authors found that the number of products approved by all six agencies increased by 36% from 2010-2014 to 2015-2019, indicating that more products were becoming internationalized. However, this increase was significantly smaller than that from 2009-2013 to 2014-2018, suggesting that the pace of internationalization may be slowing.

Factors that influenced the internationalization of medicines were company strategy in terms of the timing of submission, as well as company size. Of the 182 NASs submitted between 2015 and 2019 to the FDA, 37% were approved only at the FDA, of which 75% were from non-top companies (top companies were defined as having an R&D budget of >$3b USD in 2019). This suggested that the majority of medicines approved by the FDA will be internationalized, though this may take more time for medicines developed by non-top companies.

Facilitated regulatory pathways (FRPs) are designed to facilitate availability, review and/or approval of medicines where there is an unmet medical need by providing alternatives to standard regulatory review routes. In 2019, 70% of NASs approved by the FDA benefited from at least one FRP, while for other agencies this ranged from 26% (EMA) to 42% (PMDA) (Figure 2). 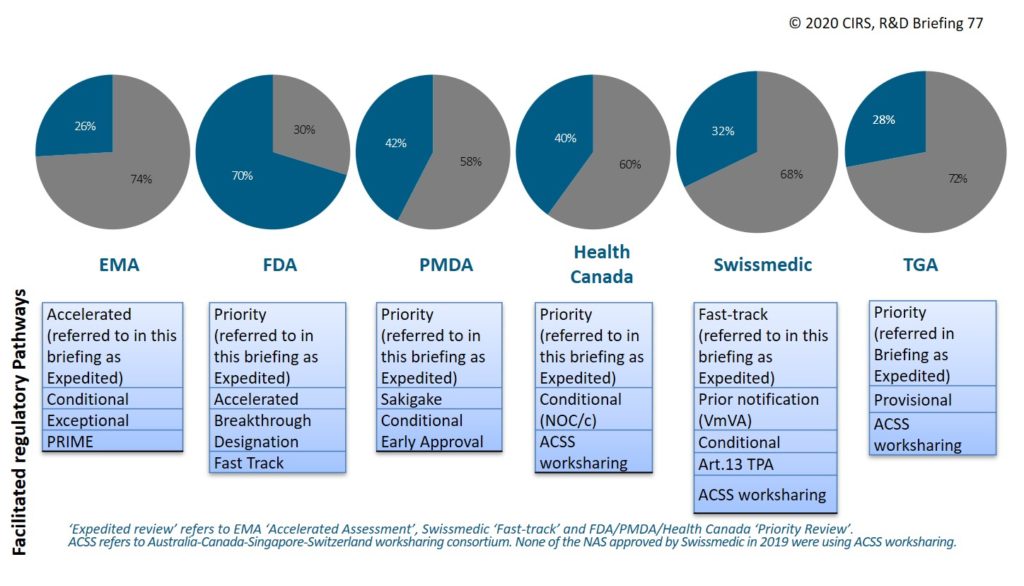 Figure 2 – Proportion of NASs approved in 2019 that benefited from at least one FRP (excluding orphans).

The authors also investigated the impact of a work-sharing initiative set up by the Australia – Canada – Singapore – Switzerland (ACSS) Consortium, which could potentially be a model for other like-minded agencies to share resource and streamline company interactions. As part of the work-sharing arrangement under ACSS, agencies review different parts of the dossier but make an independent decision regarding approval of the medicine. Between 2018 and 2019, three NASs were approved by Health Canada and TGA through the ACSS work-sharing. Although there were differences in median approval times between the two agencies, this can be accounted for by the pilot nature of the work-sharing initiative.

Future CIRS analyses including post-2019 data may demonstrate the impact of the COVID-19 pandemic on NAS approvals, as well as changes to the internationalization of medicines. The availability and use of expedited reviews as well as other FRPs are key to addressing areas of unmet need and other public health emergencies such as COVID-19.