“The threads that hold the fabric of science together”: The origins and importance of analyzing citation data

This is an adapted excerpt from David Pendlebury’s contributed chapter in the recently published Handbook Bibliometrics. His chapter explores how Eugene Garfield and his Institute for Scientific Information (ISI)™ helped revolutionize information retrieval in the second half of the twentieth century by introducing the concept of citation indexing for scientific literature.

The history, sociology and structure of science

In his seminal 1955 paper, Garfield emphasized the importance of citation indexing for information retrieval but also noted the value of citation data for the historian, both to reveal the transmission of ideas and the extent that a paper had been cited.

He returned to the theme in 1963 and expressed his interest in computer-generated “topological network diagrams which show the chronological and derivational relationships between scientific papers and therefore scientific discoveries.” This paper references personal communication the previous year with two individuals who would figure large in the use of ISI citation data for historical and sociological research: Derek J. de Solla Price of Yale University and Robert K. Merton of Columbia University. 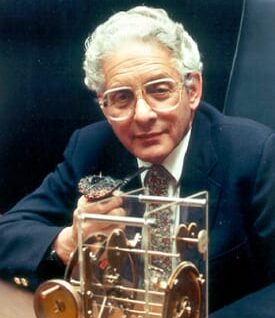 Price, a physicist by training and historian of science, had published Science Since Babylon[1] and would publish Little Science, Big Science[2] the year after his contact with Garfield. In both he demonstrated his interest in using the “tools of science on science itself.”

“Price laid a foundation in quantitative studies of science using ISI citation data and in doing so helped establish the field of scientometrics.”

Once made aware of the new Science Citation Index, he requested data from Garfield related to his interests. This included the nature of the research front, which he described as a growing “epidermal layer” of papers and cumulative advantage processes in citation that contribute to characteristic skewed distributions. Price laid a foundation in quantitative studies of science using ISI citation data and in doing so helped establish the field of scientometrics. 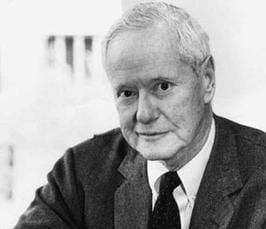 Merton, the leading sociologist of science, also lent support to Garfield and ISI by describing citation as part of the normative behavior of scientists with respect to acknowledging intellectual property rights. He called the citation a “pellet of peer recognition” and noted the moral imperative to cite one’s colleagues in the repayment of intellectual debts. 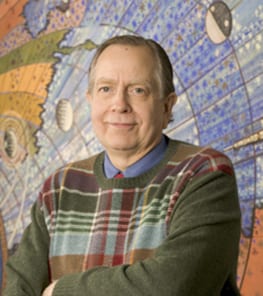 Henry Small, an historian of science, arrived at ISI in 1972. He soon introduced the technique of co-citation clustering to define specialty research areas. The next year, with Belver Griffith of Drexel University, he demonstrated science mapping of the literature. This model explored the socio-cognitive structure determined by researchers themselves through their patterns of citation.

Small extended and improved techniques of science mapping, studied the validity of the maps in relation to expert opinion, and explored the connections from one realm to another, noting how these links are “threads that hold the fabric of science together.”

Laying the groundwork for the Web of Science

Price welcomed Small’s work, calling it “revolutionary in its implications.” Recognizing it as a step toward defining a natural order of research, he saw its potential to create a “giant atlas of the corpus of scientific papers that can be maintained in real time for classifying and monitoring developments as they occur” – a concept realized by the Web of Science™, the world’s largest publisher-neutral citation index and research intelligence platform.

Small synthesized the interests and perspectives of Price (mapping the research front), Merton (revealing socio-cognitive relationships and structures) and Garfield (exploiting the full richness of citation data). He then extended these by describing the symbolic function of highly cited papers, exploring changing structures over time including identification of emerging topics, probing the context of citations and more.

Their collective efforts revealed the socio-cognitive structure of research, providing the foundation for quantitative studies in the history and sociology of science. From its founding in 1960, ISI introduced a range of current awareness and information retrieval products and services covering the literature of the sciences, social sciences and humanities. Today ISI continues the original business and intellectual legacy of Garfield.

Read the full chapter from David Pendlebury, “Eugene Garfield and the Institute for Scientific Information,” in the Handbook Bibliometrics.

See how ISI continues to honor the spirit of collaboration through its Researcher Recognition programs: Highly Cited Researchers™, Citation Laureates™ and the Eugene Garfield Award™. These programs draw on our comprehensive, high-quality data from across the Web of Science to applaud researchers for their contributions to innovation in science, social science and citation analysis.