We’ve recently wrapped up analysis of Q3 2019 M&A activity around the world.  Here are a few highlights: 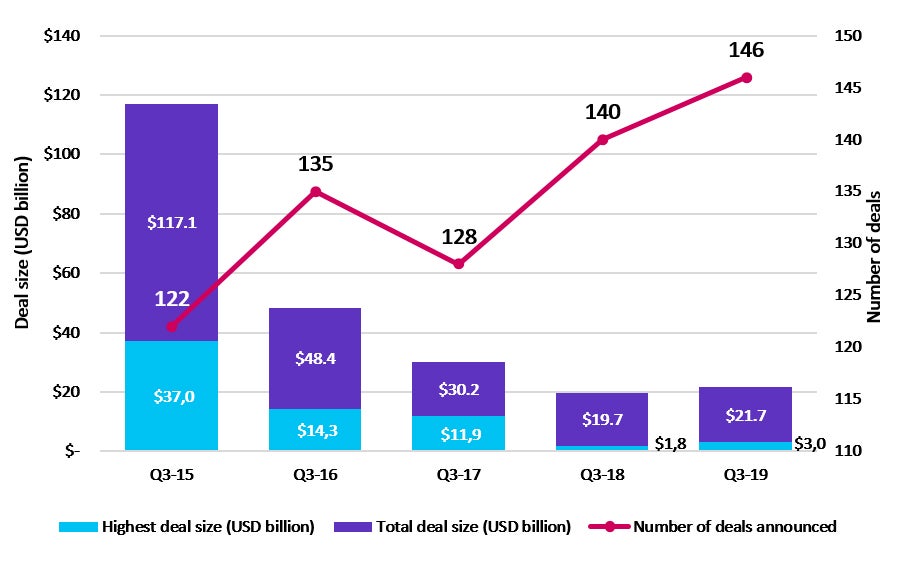 Fourteen high-value new M&As tracked, each worth in excess of $500 million

Sumitomo Dainippon Pharma formed an alliance with Roivant Sciences, including its 46% ownership interest in Myovant Sciences, for $3 billion, including a 10% equity stake. In addition, Vertex Pharmaceuticals is acquiring Semma Therapeutics for approximately $950 million in cash as it seeks to progress the biotech’s pluripotent stem cell therapy into clinical development for Type I diabetes. And, Lundbeck approached Alder BioPharmaceuticals for up to $1.95 billion ($18.00/share in cash up front and one non-tradeable contingent value right of $2.00/share) upon EU approval of Alder’s lead asset eptinezumab. 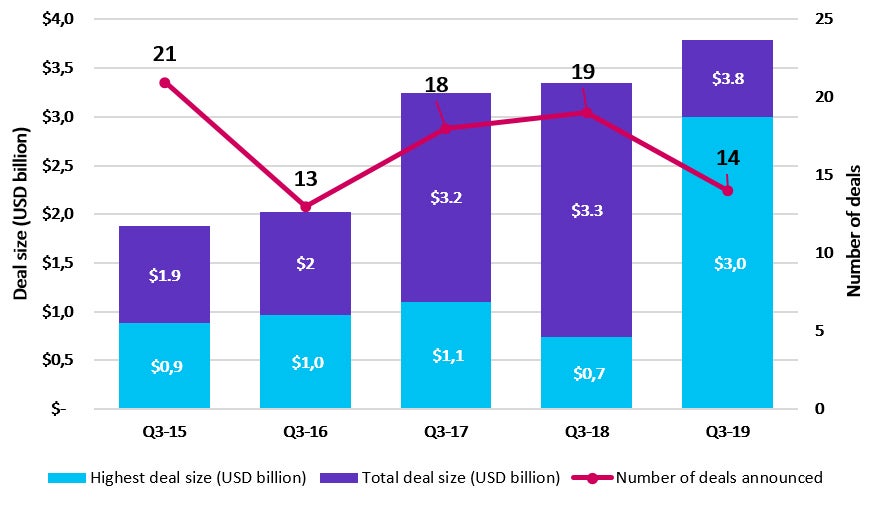 In summary, M&A activity seems to be flat as companies potentially look at other options to raise capital as well as pursue licenses and collaborations as means of progressing asset development and commercialization.  Anti-trust concerns prior to horizontal and vertical integration of target companies may also be on the rise, further inhibiting activities.

For a full analysis, including a deeper look at key M&As, a review of target portfolios by APAC companies, and an early outlook on Q4 2019 high-value and diversified M&As, read the full report (available for download to the right of this post).

Note: All data contributing to this analysis was sourced from Cortellis Deals Intelligence from Clarivate Analytics.