Amplifying the voices of our LGBTQ+ community 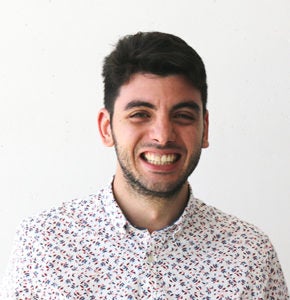 Andrea (Andy) Epifani, a member of SPECTRUM – the Clarivate global resource group for LGBTQ+ colleagues and allies, discusses what Clarivate colleagues in Australia are doing to support the LGBTQ+ community this Pride Month.

Andrea has worked as a UX Designer based in the Brisbane, Australia office since 2018. As a member of SPECTRUM, he supports its work to drive continuous improvement in company policies and the work environment for the Clarivate LGBTQ+ community. The initiative provides networking opportunities and promotes activities that raise awareness. As we celebrate Pride Month across the globe, Andrea gives his personal perspective on LGBTQ+ issues in Australia, celebrates SPECTRUM’s achievements and discusses its activities for Pride and beyond.

I have only been living in Australia for about seven years and in this short time I’ve noticed a great deal of change, both in and outside of the workplace. When I arrived here from the United States in 2013, I decided I would try my best to be ’out‘ as much as possible. I wanted to try not to create any barriers around myself. I never really noticed any discrimination or mistreatments because of my sexuality, both throughout university and at work.

To my surprise, when I first got here, Australia didn’t recognize same sex marriage and it was eventually only legalized in 2017. This was a huge win for Australia, even though it came well after same sex marriage was recognized in the United States in 2015.

It is my belief that Australia is an awesome place for LGBTQ+ people to feel welcomed and accepted. In my experience Australia seems far ahead of many other countries in terms of rights for same-sex couples, as well as supporting LGBTQ+ communities and it’s employee resource groups like SPECTRUM that have played their part in advancing LGBTQ+ rights and are making a difference.

I was the first person from the Brisbane office to join SPECTRUM and last year was the first time that a member of the group organized Pride celebrations in our Brisbane office. The event was really fun, and I believe it helped everyone really open up and have clear and honest discussions around what it means to be part of the LGBTQ+ family, or to be an ally. It was interesting to see and hear views from different people in the office. SPECTRUM is really helping to drive these conversations for the whole of Clarivate.

Another significant achievement for the group last year was its participation in the Pride march across Brisbane. This year, COVID-19 won’t stop us celebrating LGBTQ+ rights. We’re organizing an all-in online Pride Month event with SPECTRUM members, with the most prominent events kicking off at the end of the month. It’s important that LGBTQ+ colleagues and their allies have a chance to come together, celebrate how far we’ve come, and support each other on our journey forwards.

A company to be proud of

It’s our commitment to diversity that makes Clarivate a company I am really proud to work for. SPECTRUM is a great initiative that offers such incredible networking opportunities for LGBTQ+ people. Since launching our office chapter, the Brisbane team has been nothing but supportive of the group’s initiatives and has fully embraced diversity. Through SPECTRUM, I’ve met some great colleagues from all over the world and have created lasting connections – even if we’re not working directly together and are in completely opposite time zones.

To find out more about working with Clarivate and our current opportunities visit: https://careers.clarivate.com/.