The History of ISI and the work of Eugene Garfield

Eugene Garfield and his Institute for Scientific Information (ISI)™ pioneered new methods for indexing and disseminating the world’s scientific and scholarly research literature in the second half of the 20th century. 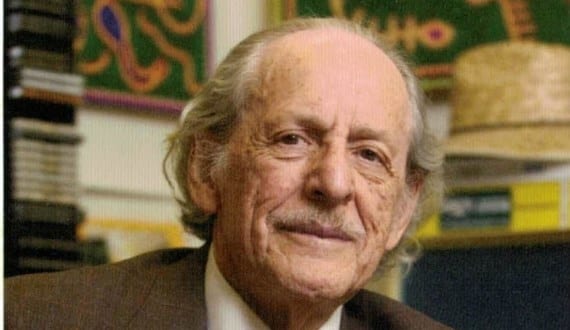 Building a foundation for information science

Garfield introduced the concept of citation indexing for the sciences in 1955 and ISI produced the first Science Citation Index (SCI)™ in 1964. Citation indexing revolutionized information retrieval. By recording and linking the cited references that authors attached to their papers, the SCI represented an “association of ideas index.”

It was an idea before its time, proving Garfield a visionary as well as an innovator. By organizing information through a network of citation connections, Garfield anticipated web hyperlinking and the Google Search algorithm by three decades.

From its foundation in 1960, ISI introduced a range of current awareness and information retrieval products and services covering the literature of the sciences, social sciences and humanities.

A Social Sciences Citation Index (SSCI)™ was introduced in 1973 and an Arts & Humanities Citation Index (AHCI)™ in 1978. Several products focused on the chemical sciences, such as Index Chemicus, the ISI’s first offering in 1960.

The Journal Citation Reports™, introduced in 1976, collated journal-to-journal citations to help librarians and publishers understand the communication system of the science and social sciences literature, as well as the influence and prestige of specific titles. Among other indicators in the product, the most popular was the Journal Impact Factor™.

Other ISI products were designed to keep researchers up to date on new publications in their fields, such as Current Contents, a weekly bulletin presenting the content pages of journals, eventually issued in seven field-specific editions.

SCI data also served as a foundation for quantitative studies in the history and sociology of science and eventually gave birth to the field of scientometrics. 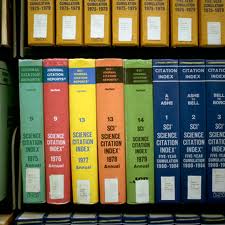 Embracing the future of research innovation

In the 1970s, ISI established the field of science mapping, revealing the socio-cognitive structure of the sciences and social sciences. This cutting-edge research was rooted in a desire to understand the nature and full potential of citation data, and it was pursued for its own sake regardless of any commercial potential.

This undertaking was emblematic of ISI – an innovative and risk-taking organization that under Garfield’s direction introduced many new concepts while rapidly adopting the latest technology in information processing, storage and methods of information dissemination.

In 1997, soon after the birth of the World Wide Web, the company launched the Web of Science™, which combined separate citation indexes in a single web portal. 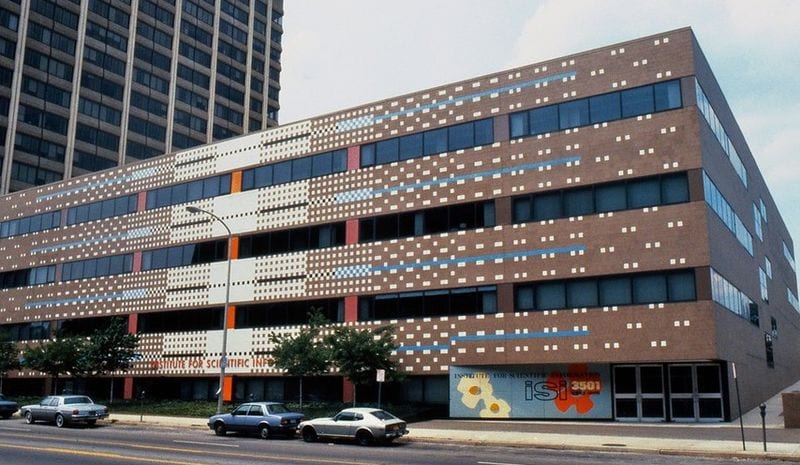 In 1992, the Thomson Corporation acquired ISI. Thomson merged with Reuters in 2008 to form Thomson Reuters. In 2016, the scientific and scholarly information business of Thomson Reuters, including the products and services of the former ISI, was spun out to private ownership and rebranded as Clarivate.

ISI was revived as a research division within Clarivate in 2018 to conduct scientometric research, to advise the company on the content and features of its products, and to offer guidance to the research community on best practices in the use of quantitative indicators in the evaluation of research. It also maintains the foundational knowledge and editorial rigor upon which the Web of Science index and its related products and services are built.

ISI’s reports and publications and participation in events and conferences play a crucial role in extending and improving the knowledge base that is essential to our colleagues, partners and all those who deal with research in academia, government organizations, corporations, as well as funders and publishers.

50 Years of Citation Indexing A visit with Dr. Eugene Garfield

In Quest of the World Brain

“The Life and Work of the Pragmatic Polymath Eugene Garfield” – A lecture given by David Pendlebury at the Indian Institute of Science, Bangalore, in 2017.

A wealth of information on the history of ISI can be found on Garfield’s personal web pages, maintained at the University of Pennsylvania, including:

Garfield’s 15–volume collection of Current Contents essays and other writings (Essays of an Information Scientist).

60 Years of Invention and Innovation

Grimwade A. Eugene Garfield – 60 Years of Invention and Innovation. Frontiers in Research Metrics and Analytics 3, 14.

The origins and importance of analyzing citation data

Pendlebury D. “The threads that hold the fabric of science together”: The origins and importance of analyzing citation data. Web of Science blog, January 2021.

Eugene Garfield and the Institute for Scientific Information