In April 2018, the Beijing Intellectual Property Court made a decision on the damage compensation of a patent infringement litigation case.  (Ref.:(2015)京知民初字第2453号,Darts-ip Ref.：darts-798-685-F-zh). The court ruled in favour of a damage compensation exceeding the statutory compensation ceiling – 1 million RMB, on the basis that it was difficult to calculate the plaintiff’s losses, the defendant’s profits, or the license fees.

Summary of the Case

According to Article 65 of Chinese Patent Law, the plaintiff requested 5 million RMB compensation on the basis of the calculation of “Plaintiff’s losses” – multiplying the quantity of the involved products which the defendants had sold out by the reasonable profits of the plaintiff’s original product.

Conclusion of the Court

Four factors have been considered by the court during the process of determining damages:

1, The type of the patent is an invention, which has prominent substantive features and notable progress in comparison with the prior art.

2, The profits 10 RMB for each patented product that Feitian Company claimed was reasonable, and evidence supports that the defendants’ products accounted for an extremely large proportion in their market.

3, The products involved were one of the primary products of the two defendants, who had a huge organizational structure covering all over China. Furthermore, this fact further reflects the number of products sold by the defendants.

4, As the patent technology was a part of the technologies used in the defendants’ products,  the proportion of technical contribution was also a factor that should be considered in the determination of the damages awarded.

Therefore, following a weighing of all the evidence presented, the court ruled to award 2 million RMB in damages for Feitian Company to compensate its financial losses – rising above the statutory compensation ceiling.

Some Extensions Based on the Case

According to the statistics of patent infringement litigation in Darts-ip, the damages awarded in 66 cases were judged above the statutory compensation ceiling when the courts failed to calculate the losses of patentees, the profits of infringing parties, or the patent license fees. Of the mentioned 66 cases, the highest damage compensation (80 million RMB) was produced from the case of Huawei Device Co., Ltd. vs. Huizhou Samsung Electronics Co., Ltd. (darts-ip reference: darts-705-503-E-zh-2) .

1.Select “China” in the filter of “Court” 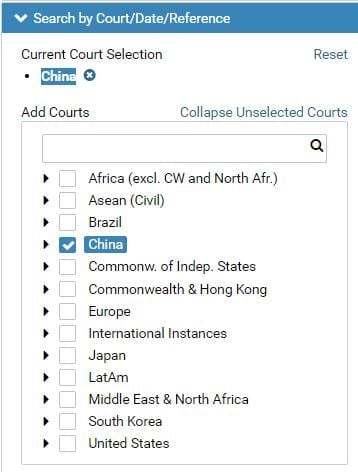 2. Select “Infringement Action” in the filter of “First action type” 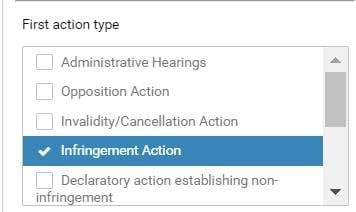 3. Select “CNY（Chinese Yuan Renminbi）” in the drop-down list of “Search currency” under “Damages Search”; and then select “Undefined Calculation Method” as “Calculation Method”, “Higher than” under “Qualifier”, and “1,000,000” under “Amount”, on the line of “Infringement “.

4. Click the “Insights” button to look over the cases.

Figure 1 shows the “Current collection status and decided cases evolution” of the above-mentioned 66 cases during 2010 and 2019. It can be seen that the quantity of the cases generally appears a trend of climbing. Figure 2 shows the geographically court-distribution of the cases, in which the courts of Beijing, Zhejiang, Guangdong, and Jiangsu and the Supreme Court have accounted for almost 70%.

Moreover, it can be found that the factors to be considered when judging whether the damage compensation should exceed the statutory compensation limit involve the following aspects:

* The influence of the patent (If it’s a standard-essential patent, or if it has received any awards?)

* The acts of infringement (manufacture, use, sale, offer to sell or import)

* Subjective acts of bad faith of the infringing parties

* Scale and duration of the infringement

* The reasonable profits of per product involved.