‘Red Bull’ Vs. ‘Bullsone’, Who is the winner of the bull fight?

Bull. What image does this word remind you of?

Regardless of the East or the West, most of you probably think of “power, wealth,” etc. What about red? Most of the time, you will also think of “strength, power.” It is this “red bovine” that is common in the trademark dispute that we will look at. 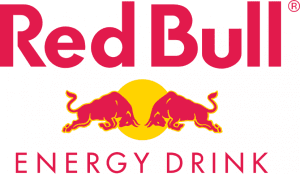 As of this writing, I have something in my hand. It is the energy drink, Red Bull. Produced by Austria’s Red Bull 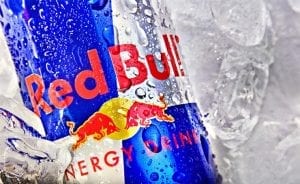 GmbH in 1987, Red Bull advertises with the catchphrase “Redbull gives you wings!”. Many people drink Red Bull when they are preparing for exams, working, or doing homework. Red Bull uses the aforementioned red bull, a symbol of power, as their trademark mascot. For reference, this Red Bull company is not only a beverage company but also a car racing company and is heavily involved in the extreme sports circuit. It seems reasonable they use red bulls as mascots.

But there is another company that uses red bulls as mascots. This is the Bullsone, a company specializing in automobile products. Bullsone is a company with headquarters in Seoul that makes and sells automotive surface polishes and cleaners. According to the Bullsone home page, the bull means “dynamic image”, the red colour means “enterprising,” and the trademark itself means “a leading company in the automotive market.”. The Bullsone logo was registered in 2014.

As such, the Red Bull character fits the meaning of each company, but as the trademark symbolizes the company and its products, the companies are sensitive to its use. In the end, Red Bull filed a trademark invalidity lawsuit against Bullsone, and both the first and second instances sentenced the plaintiffs to lose.

“The old trademark law Article 7 (1) 12 states that ‘Notwithstanding Article 6, none of the following trademarks shall be registered: Any trademark which is identical or similar to a trademark (excluding any geographical indication) recognized as indicating the goods of a particular person by consumers inside or outside of the Republic of Korea, and which is used for unjustifiable purpose, such as obtaining unfair profits or inflicting harms on the particular person’. To be subject to this provision, a trademark to be imitated must be recognized by a domestic or foreign consumer as a trademark of a specific person, and the applicant of the registered trademark uses the same or similar trademark as the trademark imitated for unjust purpose. Whether the imitation target trademark is recognized as a trademark of a specific person among domestic or foreign consumers is judged on the basis of the period of use, method aspect and scope of use of the trademark, and whether it is objectively known to the extent of transaction or social ideology. In determining whether there is an unlawful purpose, the recognition or transaction status of the imitation target trademark should be taken into consideration comprehensively. Such judgment shall be based on the time of filing of the registered trademark. (darts-842-053-D-ko)”

The patent court then divided the red bull’s reputation as a racing team and the red bull’s awareness as an energy drink manufacturer. Red Bull has been running a racing team since 2005, and has acknowledged that the racing team won the “Constructors Championship” in F1 in 2010 and 2011. The court considered that the energy drink ‘Red Bull’ has sold more than 18.5 billion units worldwide from 2006 to 2010 and has a significant market share worldwide. Of these, the court found that, in relation only to the energy drink manufacturing industry, Red Bull’s trademark is recognized as representing a particular service business to a foreign consumer. 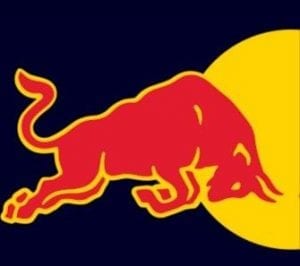 “As described above, the pre-service table 1 was used to be attached to promotional materials for racing events such as racing cars. However, it should be taken into account that the plaintiff used it as an adjunct for the purpose of advertising the plaintiff’s product energy drink through sports marketing called automobile racing. … Therefore, it is not enough to admit that the pre-registered trademark service table 1 is recognized as representing the service business of a specific person among foreign consumers in relation to the operation of the car racing counselling and related sports event providers. (darts-842-053-D-ko)”

Also, it was found that it was not applicable to the case of Article 7, Paragraph 1, Article 12 of the Old Trademark Act because it was insufficient to recognize that the Bulls One Company had an unfair purpose, such as gaining an unfair advantage using the trademark of Red Bull Company. However, on August 18, 2019, the Supreme Court reiterated the case that the trademark was imitated and that the racing team should be seen as a ‘specific service mark’ by a foreign consumer. (darts-125-871-H-en)

In other countries outside Korea, there are other lawsuits filed by Red Bull against Bullsone: Taiwan, Australia, Japan, Singapore, etc. Among them, the Japanese Intellectual Property High Court, in a trademark invalidation and revocation lawsuit, acknowledged the similarity of the trademark and the possibility that the trademark confuses people with someone else’s business (darts-692-592-E-ja).

As both companies are working on the global market, trademark disputes between the two companies are expected to intensify. Who will be the final winner of the Red Bull fight?