Scientography: mapping the tracks of science

This essay was originally published in the Current Contents print editions November 7, 1994, when Clarivate Analytics was known as Institute for Scientific Information.

While the term scientography has not been widely adopted, it is a very apt label for the mapping of science 1. Science maps serve as tools for navigating the research literature by depicting the spatial relations between research fronts, which are areas of significant activity 2. Such maps can also simply be used as a convenient means of depicting the way research areas are distributed and conveying added meaning to their relationships.

Even with a database that is completely up-to-date, we are still only able to create maps that show where research fronts have been. Because of the publication cycle, research has already moved on by the time the corresponding journal articles are published. Except in one’s own area of expertise, these maps give an otherwise unrealized view of where the action is and give a hint where it may be going. However, as we expand the size of the database from one year to a decade or more, the map created through citation analysis provides a historical, indeed historiographical, window on the field that we are investigating 3.

From a global viewpoint, these maps show relationships among fields or disciplines. The labels attached or embedded in the graphics reveal their semantic connections and may hint at why they are linked to one another. Furthermore, the maps reveal which realms of science or scholarship are being investigated today and the individuals, publications, institutions, regions, or nations currently preeminent in these areas.

By using a series of chronologically sequential maps, one can see how knowledge advances. While maps of current data alone cannot predict where research will go, they can be useful indicators in the hands of informed analysts. By observing changes from year to year, trends can be detected. Thus, the maps become forecasting tools. And since some co-citation maps include core works, even a novice can instantly identify those articles and books used most often by members of the “invisible college.”

The creation of maps by co-citation clustering is a largely algorithmic process. This stands in contrast to the relatively simple but arduous manual method we used over 30 years ago to create a historical map of DNA research from the time of Mendel up to the work of Nierenberg and others 4.  Shortly afterward, Derek Price published his classic work on networks using our data as input 5.

As far back as 1948, Samuel Bradford referred to “a picture of the universe of discourse as a globe, on which are scattered, in promiscuous confusion, the mutually related, separate things we see or think about. 6” J.D. Bernal 7,  among others, created by laborious manual methods what we would today describe as historiographs. However, dynamic longitudinal mapping was made uniquely possible by the development of the ISI database. Indeed, it gave birth to scientometrics and new life to bibliometrics.

An important distinction must be made between ad hoc or customized mapping and large scale mapping exemplified by the ISI research front database. Searching this database was discussed last month 8.  On the other hand, ad hoc mapping is possible by using ISI’s SCI-Map PC software together with the SCI-Map database–a derivative of the research front database. The SCI-Map system creates maps of individual research areas specified by the user. Given an author, paper, or key word as a starting point, one can “seed” a map and then “grow” the map by specifying various desired connections at different thresholds of co-citation strength or distance 9.

Building a Structure. The network of connected nodes that constitutes a map is formed by a series of iterations of clustering, including additional core papers with each successive node. The nodes are selected according to the strength of their links, and positioning is determined by the geometric triangulation method (see  ). The nodes can be “collapsed” to allow the building of larger scale structures.

Viewing the Structure. As the network is being built, it can be viewed on SCI-Map. The magnification of the view can be increased to focus on a smaller portion of the cluster or decreased to see a broader view.

Other Systems. Other available systems include BIBMAP, which is software that performs a variable level clustering process designed for small sets of information 10,  and Bibliometrics Toolbox, which is a computer software program that ranks entries by productivity, calculates minimum Bradford zones, and graphs the bibliography. Bibliometrics Toolbox allows division of datasets into groups for analysis 11.

Scientography produces a veritable map of the invisible college “campus.” Areas of interest can be compared on many levels, and progress from year to year can be surmised. Truly one of the most interesting aspects of scientometrics, mapping can reveal a wealth of information about highly specific areas of research as well as large subspecialties or disciplines. 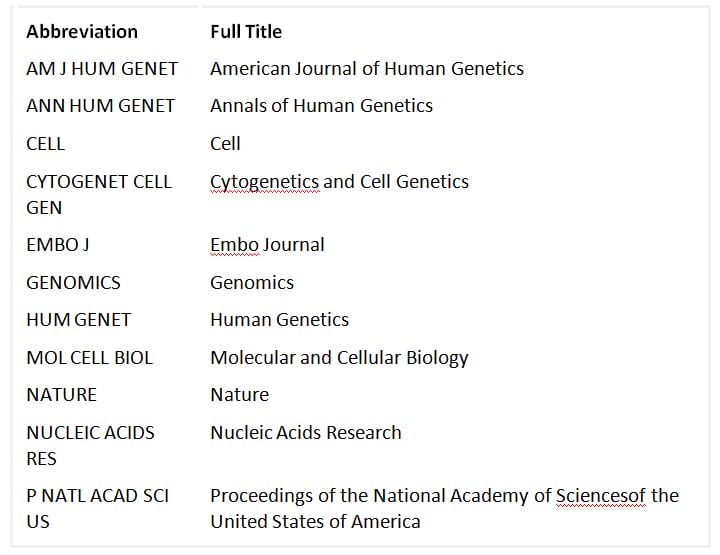 Figure 2. Cluster of the first 10 journals with Genomics as the seed journal title.