London, UK, and Philadelphia, US November 19, 2019 – The Web of Science Group, a Clarivate Analytics company released its annual list of Highly Cited Researchers today. The highly anticipated list identifies scientists and social scientists who produced multiple papers ranking in the top 1% by citations for their field and year of publication, demonstrating significant research influence among their peers.

The methodology that determines the “who’s who” of influential researchers draws on the data and analysis performed by bibliometric experts from the Institute for Scientific Information at the Web of Science Group.

David Pendlebury, Senior Citation Analyst at the Institute for Scientific Information said: “Recognition and support of these exceptional researchers represents an important activity for a nation or an institution’s plans for efficient and accelerated advancement. The Highly Cited Researchers list contributes to the identification of that small fraction of the researcher population that significantly extends the frontiers of knowledge. These researchers create gains for society, innovation and knowledge that make the world healthier, richer, more sustainable and more secure.”

The nations and regions with the most highly cited researchers were:

Table 1: The Highly Cited Researchers represent nearly 60 nations, but 85% are affiliated to institutions from just ten nations and 72% from the first five, a remarkable concentration of top talent. 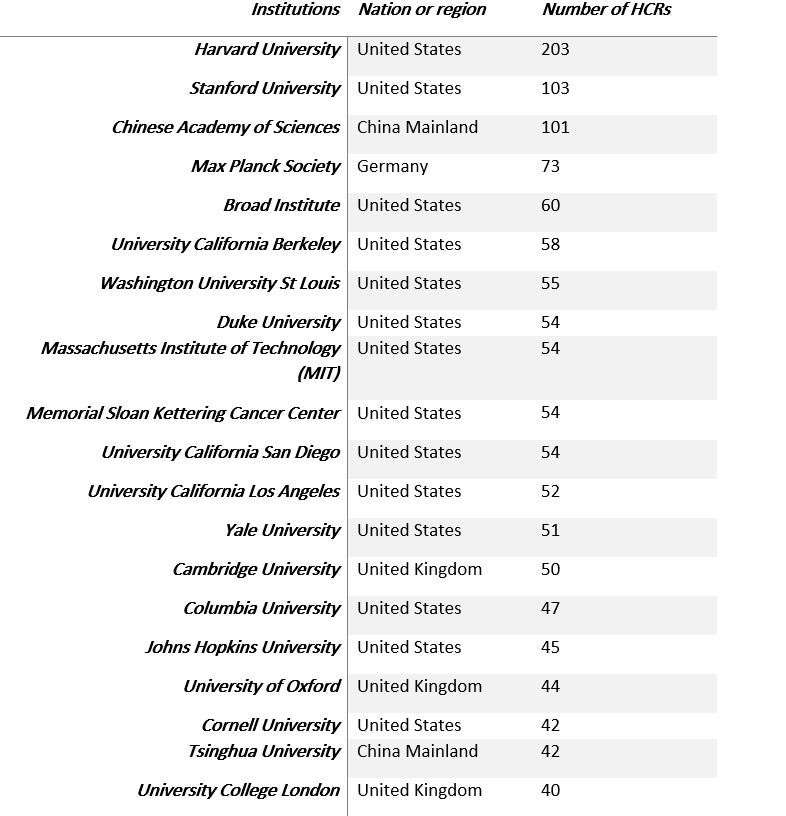 Table 2: ‘Home to Highly Cited Researchers’ – affiliations to institutions and organizations as reported by the researcher.

The data are taken from 21 broad research fields within Essential Science Indicators, a component of InCites. The fields are defined by sets of journals and exceptionally, in the case of multidisciplinary journals such as Nature and Science, by a paper-by-paper assignment to a field based on an analysis of the cited references in the papers. This percentile-based selection method removes the citation advantage of older papers relative to recently published ones, since papers are weighed against others in the same annual cohort.

About the Web of Science Group
Web of Science Group, a Clarivate Analytics company, organizes the world’s research information to enable academia, corporations, publishers and governments to accelerate the pace of research. It is powered by Web of Science – the world’s largest publisher-neutral citation index and research intelligence platform. Its many well-known brands also include Converis, EndNote, Kopernio, Publons, ScholarOne and the Institute for Scientific Information (ISI).  The ‘university’ of Web of Science Group, ISI maintains the knowledge corpus upon which the index and related information and analytical content and services are built; it disseminates that knowledge externally through events, conferences and publications and it carries out research to sustain, extend and improve the knowledge base.  For more information, please visit www.webofsciencegroup.com.

About Clarivate Analytics
Clarivate Analytics plc (NYSE:CCC; CCC.WS) is a global leader in providing trusted insights and analytics to accelerate the pace of innovation. We have built some of the most trusted brands across the innovation lifecycle, including Web of Science™, Cortellis™, Derwent™, CompuMark™, MarkMonitor™ and Techstreet™. Today, Clarivate Analytics™ is on a bold entrepreneurial mission to help customers reduce the time from new ideas to life-changing innovations. For more information, please visit www.clarivate.com.

Clarivate and its logo, as well as all other trademarks used herein are trademarks of their respective owners and used under license.