Citation Laureates 2020: The giants of research

In early October each year, the Nobel Assembly confers science’s highest honors with the Nobel Prizes. As done since 2002, Clarivate analysts again draw on Web of Science™ publication and citation data to reveal the 2020 list of Citation Laureates™. These giants of research have authored publications cited at high frequency and contributed to science in ways that have been transformative, even revolutionary.

Citations as a herald of influence

Fifty years ago, Eugene Garfield, founder of the Institute for Scientific Information (ISI)™ and father of citation indexing for scientific literature, published “Citation Indexing for Studying Science” (Nature, 227, 669-671, 1970). This paper presented a table of the 50 most-cited scientists during the year 1967.

The list contained the names of six Nobel Prize recipients as well as ten others who went on to earn Nobel recognition, eight within a decade. Garfield was demonstrating that citations in the journal literature, at least at high frequency, can serve as a strong indicator of community-wide influence and individual stature.

Table 1 illustrates the citation distribution for journal articles and proceedings papers published from 1970 to 2020 in the Web of Science. Out of some 51 million papers, only 5,700 papers have been cited 2,000 or more times, or just .01%. Nobel laureates typically have published one or more papers cited 2,000 or more times. Therefore, what would otherwise seem to be an overwhelming task of identifying scientists of Nobel class among millions of researchers can be made manageable by focusing on a smaller collection of very highly cited papers and their authors.

Table 1. Citation distribution for journal articles and proceedings papers, 1970 to 2020.
Source. The Web of Science

Since 2002, Clarivate has named Citation Laureates in the areas recognized by the Nobel Prize: Physiology or Medicine, Physics, Chemistry and Economics. These are the giants of research, those with transformative influence upon their fields of study. Citation Laureates, as the designation implies, also exhibit exceptional levels of citation among their peers and have produced multiple highly cited papers.

However, a high level of citation is only a prerequisite for selection. While we say that citations at high frequency reflect contributions that have been influential in some way, we also emphasize that citation data should be combined with qualitative information and human judgement. An expert examination of awards, memberships and pioneering impact provides a deeper understanding of researcher influence and whether it reflects important discoveries, inventions or improvements of the kind the Nobel Prize recognizes.

The Citation Laureates are researchers of Nobel class, who are, in the words of sociologist Harriet Zuckerman, “peers of the prize-winners in every sense except that of having the award.” While not all can possibly become Nobel Laureates, their research achievements, we believe, ought to be highlighted and celebrated.

A fresh class of research giants

This year we name 24 new Citation Laureates with significant contributions in each of the four Nobel Prize areas. These individuals contributed highly cited papers reporting, among other topics:

As always, we do not attempt to predict that an individual will receive a Nobel Prize in a specific year. Rather, we identify researchers of Nobel class, who are, in the words of sociologist Harriet Zuckerman, “peers of the prize-winners in every sense except that of having the award.”   While not all can possibly become Nobel Laureates, their research achievements, we believe, ought to be highlighted and celebrated.

When the Nobel Prizes for 2020 are announced, we will learn the names of researchers graduating from Nobel-class to Nobel laureate. If the past is a guide, we expect one or more Citation Laureates in the group.

To learn more about this year’s list and view our Hall of Citation Laureates, please visit: https://clarivate.com/webofsciencegroup/citation-laureates.

Who are the 2020 Citation Laureates?

Giants of research share how they found their calling 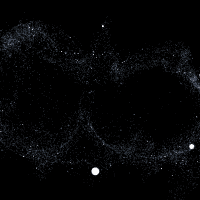 Want to be a researcher of Nobel class? Find out what it takes 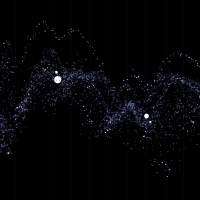 “It makes the success so much more rewarding.” Award-winning scientist shares advice for budding researchers

Advice to my younger self: world’s top researchers share the tips they wish they’d known