5G and IP: Preparing for the next big disruption 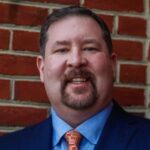 For a patent owner seeking to enforce one— or many— patents, understanding the web of jurisdictions available to them can be difficult. While all jurisdictions offer a variety of opportunities and advantages, none is ideal. In order to make a strong strategic decision, it is imperative that patent owners understand the balance between risks and benefits for each jurisdiction.

The United States is known internationally for greater discovery, but even within the U.S. there are significant variations. The U.S. International Trade Commission can offer exclusion orders and cease and desist orders, the Patent Trial and Appeal Board can invalid patents and frequently does just that, and district courts across the country range from patent owner friendly in the Eastern and Western Districts of Texas, to district courts that can be rather inhospitable to patent owners, particularly when they are suing large multinational corporations.

Just as critically, these variations exist on a global scale as well. The United Kingdom has shown a willingness to award worldwide royalties, in China successful patent owners receive injunctions in almost all cases, many increasingly find Germany the best of all worlds, but others will say it is no panacea.

In this session, Gene Quinn, President, Founder & CEO of IPWatchdog, Inc. and three-time Global Top 50 Most Influential People in IP, discussed the many faces and facets of patent litigation in the United States and across the globe. Joining Gene were Zoe Butler from Powell Gilbert, David Marques from Darts-ip, and Christine Yun Sauer from Robins Kaplan LLP.

Please complete the form below: