Seven drugs are set to enter the market in 2019 and achieve blockbuster status by 2023, according to Cortellis Drugs to Watch 2019, from Clarivate Analytics.

Therapies targeting diseases characterized by genetic disorder and/or excessive immune response (including autoimmunity) dominate the list, with six agents out of the seven, and a strong showing by orphan drugs and breakthrough treatments, as well.

Since 2013, the Cortellis team has applied its proprietary technologies, tools and techniques to produce its Drugs to Watch report. This year’s report was further enhanced through the use of the new Cortellis Analytics – Drug Timeline & Success Rates data analytics tool.

Each edition of Drugs to Watch showcases drugs entering the market that year with the potential to become blockbusters within five years. Blockbuster is defined by the common $1 billion USD annual sales milestone.

There are common elements among this year’s cohort of seven drugs, clustered into three categories.

The range of competition they face is diverse. The dominant therapeutic areas – genetic disorder and excessive immune response – represent the second key theme.  The focus on niche markets comprises the third.

Discovery breakthroughs and new R&D approaches are having an impact, especially on more obscure diseases affecting smaller populations. Companies are investing more in rare diseases, unmet needs and conditions. This year’s line-up of predicted blockbusters features a high proportion of therapies addressing such targets, with the seven drugs holding:

Here are the seven 2019 Drugs to Watch, with details on their therapeutic areas, sponsors, competition and regulatory designations: 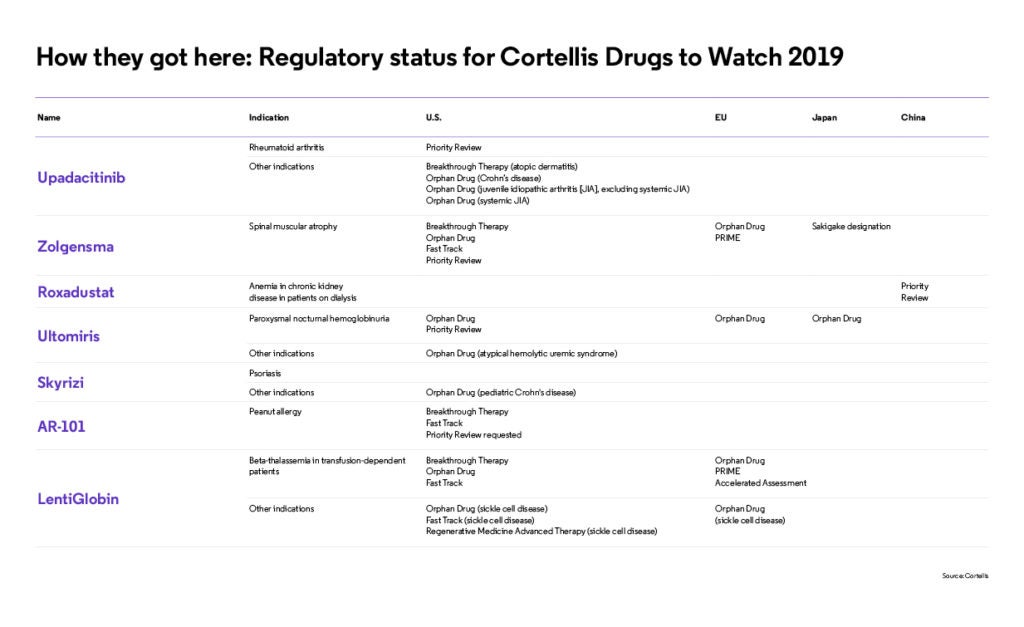 Table 1: The route to approval for most of this year’s line-up of predicted blockbusters, which features a high proportion of therapies addressing rare and orphan diseases, came through accelerated regulatory pathways. (Source: Cortellis)

About the Drugs to Watch report

The annual Drugs to Watch report was first released in 2013. Using data from Cortellis, the report aims to forecast which drug launching in a given year will achieve blockbuster status within five years of launch. Following an advanced analysis of this database, a shortlist of drugs is manually researched and evaluated by life science experts at Clarivate Analytics, who review each drug in its individual context and assess clinical trial results, regulatory data, market data and regulatory designations for each drug.

The comprehensive report, with in-depth market analysis around each drug, is released early each year.