In order to better assure the safety and efficacy of pharmaceutical products, the U.S. Food and Drug Administration (FDA) and European Medicines Agency (EMA) have taken steps to align their activities and goals. The Centre for Innovation in Regulatory Science (CIRS) and Sanofi partner on a study to evaluate their progress to date.

The common goal of regulatory bodies worldwide is to protect the public’s health and well-being by overseeing the safety and efficacy of pharmaceutical products. It could reasonably be expected that the outcomes between regulatory bodies would not differ significantly when provided with the same data. With this in mind, the U.S. Food and Drug Administration (FDA) and European Medicines Agency (EMA) have taken steps to align their activities and goals by implementing several collaborative approaches including sharing inspection reports and product safety information and offering parallel scientific advice.  Nevertheless, decision making during review still occurs independently at EMA and FDA, so further research comparing outcomes could identify specific reasons for divergent regulatory recommendations between the two agencies.

To determine if outcomes from the two agencies agree for new active substances (NASs), the authors, representing CIRS and Sanofi SA Global Regulatory Science and Policy, assessed NASs approved by the FDA and EMA from 2014 through 2016, with outcome status tracked into 2017. Authors defined ‘simultaneous submissions’ to the two agencies as those occurring within three months of each other, and evaluated the use of facilitated regulatory pathways (FRPs) and orphan designations, submitted versus approved indications and approval times.

For the 52 simultaneous submissions, the FDA was more likely to expedite the review and designate drugs as orphans, which could suggest stricter EMA criteria/definitions or less flexible processes for these designations. The agencies agreed on conditional approval (i.e., EMA Conditional Approval or FDA Accelerated Approval) for 49 of the 52 NASs.

Approval timelines longer with the EMA

The median approval timeline was 90 days faster for the FDA (319 days) than for the EMA (409 days). There are a few reasons for this. First, the FDA offers a wider range of expedited pathways that can be used in different situations. In addition, the EMA process requires two formal steps: an opinion from the Committee for Medicinal Products for Human Use and a European Commission decision. However, these differences may subside following recent revisions to EMA accelerated assessment guidelines and the launch of Priority Medicines.

Read the full study: To what degree are review outcomes aligned for new active substances (NASs) between the European Medicines Agency and the US Food and Drug Administration? A comparison based on publicly available information for NASs initially approved in the time period 2014 to 2016.

About the Centre for Innovation in Regulatory Science (CIRS):  The mission of CIRS is to maintain a leadership role in identifying and applying scientific principles for the purpose of advancing regulatory and Health Technology Assessment policies and processes. CIRS provides an international forum for industry, regulators, HTA bodies and other healthcare stakeholders to meet, debate and develop regulatory and reimbursement policy through the innovative application of regulatory science. It is governed and operated for the sole support of its members’ activities. The organisation has its own dedicated management and advisory boards, and its funding is derived from membership dues, related activities and grants. It is a neutral, independent UK-based subsidiary of Clarivate Analytics plc (NYSE: CCC; CCC:WS). For more information: www.cirsci.org

Stay ahead of evolving guidelines 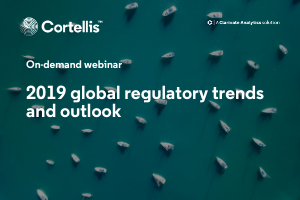 Discover the keys to regulatory success 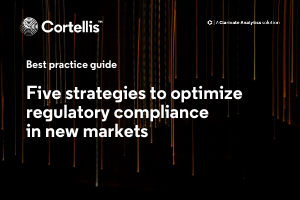