Part 1 of Best practices in toxicology

It is estimated that for every eight active substances entering Phase I clinical trials, only one product is approved and marketed.[1] The low success rate for clinical trials is largely driven by poor efficacy in humans and adverse events leading to the discontinuation of a drug development program.[2]

Findings related to the inherent properties of the drug itself and the nuanced role of genetics for individual responses can be used to improve the overall success rates of a drug development program. In this three-part blog series, we discuss how each step in the drug discovery phase is crucial to improving success rates and best practices that could be incorporated into toxicity testing.

For every drug that is approved by a regulatory agency, only a few hundred out of 5,000 to 10,000 chemicals in the early discovery stage are pursued for preclinical development.[2] With global R&D expenditures projected to reach $92 billion by 2022, it is critical to advance the most robust and least risky candidate to the clinic[1]. Therefore, during the discovery stage, we need to consider the following aspects to assure safety:

The foundation for early discovery research is almost always published literature. Thus, the focus at this stage is to replicate the validity of existing evidence and identify druggable targets and/or disease areas for drug development. While establishing proof of concept can be a challenging task in itself, potential safety liabilities for a given target need also be assessed. Pursuit of a novel target, in an effort to be first-in-class, could result in wasted time, money and resources if the drug is associated with adverse side effects.

A more holistic approach to understanding preclinical toxicity is combining multi-OMICS datasets (genomics, transcriptomic, metabolomic and proteomic) to identify toxicity-specific biomarkers and pathways impacted by treatment with a candidate drug. This approach helps to clarify overall pathways and processes perturbed by a drug.[3][4]

The main objectives of lead identification are to identify drugs of the highest potency that are well-tolerated in the experimental system. There are several strategies that can be deployed to identify leads to progress for preclinical development, including a target-centric approach and high-throughput phenotypic screens.

Exploring potency in other disease areas as monotherapy or as part of combination therapy is an appealing alternative to the time and money invested to discover new drug candidates.

As drug development costs continue to rise, finding a new use for an old drug has been widely embraced by drug developers. For drugs demonstrated to be safe and well-tolerated in clinical trials but which failed to show efficacy, exploring potency in other disease areas as monotherapy or as part of combination therapy is an appealing alternative to the time and money invested to discover new drug candidates. Correspondingly, drugs with known safety issues can be repurposed with minimal or no side effects for an application different from their original intended use.

In part two of this blog series about best practices in toxicology, we’ll discuss how the Pharma industry can start considering a drug’s effects on toxicity of specific organs and specific patients via toxicogenomics, pharmacogenomics, and pharmacoepigenomics.

Can’t wait for the next installment? Read the full report, Best practices in toxicology: Current perspectives for enhancing drug safety. 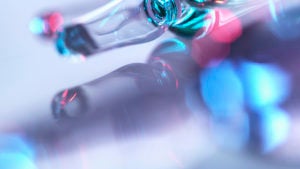 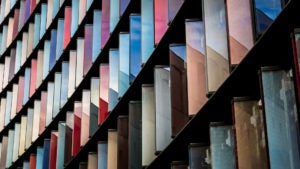 Streamline the identification of drug-induced toxicity and adverse events