“It makes the success so much more rewarding.” Award-winning scientist shares advice for budding researchers

Do you want to be a researcher of Nobel class? 2020 Citation Laureate in Physics, Dr. Louis Pecora, shares his story about finding his calling, and offers advice for researchers new to the scene.

Every year the Web of Science™ recognizes a handful of world-class researchers as Citation Laureates™. This tribute celebrates the scientific and research elite, whose contributions to science have been transformative, even revolutionary, as attested by their exceptionally high citation record within the Web of Science.

In this blog post, we share the life and advice of Dr. Louis Pecora, one of our 2020 Citation Laureate in Physics. He won the tribute alongside Dr. Thomas Carroll for research in nonlinear dynamics including synchronization of chaotic systems. 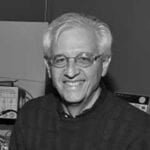 All of my childhood I loved to draw and paint. I was sure I wanted to be an artist. But I also had an interest in science. I loved how it was possible to think through problems logically and come to conclusions that could be tested. After reading a popular book on physics by Einstein when I was in high school, I knew that physics was a subject I wanted to study. The good thing is that my experience with art gave me the ability to visualize physical concepts like trajectories or electromagnetic fields. I’m convinced that knowledge of other things like art, music, and language are always helpful in many ways that might not be appreciated by budding scientists.

“I’m convinced that knowledge of other things like art, music, and language are always helpful in many ways that might not be appreciated by budding scientists.”

I do want to emphasize that like art, music, and literature, science is best viewed as a calling, not just a job. It’s best if you have an obsession about it. Just as many artists continue creating into old age long past “retirement”, so many scientists remain active as long as possible because they love what they are doing. Although one advantage of being in the sciences is that there are more jobs available doing what you love to do than the arts. That’s sad, but true.

Something young science majors should know is that there are jobs in science from basic research, to applied research, to engineering new systems in the government. Most people in science start out thinking that they have to end up in a university, but there are many positions in all sciences at places like the National Institutes of Health, the Navy, Army, or Air Force research labs, the US Geological Survey, etc., etc. I recommend checking all of them out for your field of specialty.

Something young science majors should know is that there are jobs in science from basic research, to applied research, to engineering new systems in the government.

At the Naval Research Laboratory, where my colleague, Tom Carroll, and I are employed, for example, we are doing basic research in nonlinear dynamics. This is the study of how to model, analyze, and measure systems that evolve in time sometimes in complicated ways, including the motion now called “chaos.” Chaotic motion has a rigorous mathematical description, but basically, it’s a pattern of motion that is extremely complicated because of instabilities inherent in the system that’s doing the motion. No outside noise or interference is causing the complicated motions. These instabilities make the motion very hard to predict very far into the future. This is not just some mathematical quirk of an unusual model. The weather is chaotic (in the technical sense) and that’s what makes it hard to predict. Even our solar system is somewhat chaotic, making predictions of planetary trajectories for long times into the future very difficult.

What might the US Navy want with chaotic motion? When you work for any lab, government or private, they want to know how what you’re studying can help their organization. While that might seem like an impediment, I would argue that it’s just the opposite. This caused us to consider what might be done with chaotic motion in some type of system. What we thought about was that it might be possible to generate chaotic (complicated) signals and use them to send messages. Perhaps an encryption of some sorts (although that’s not our specialty).

“When you work for any lab, government or private, they want to know how what you’re studying can help their organization. While that might seem like an impediment, I would argue that it’s just the opposite.”

This research led to a publication entitled “Synchronization in Chaotic Systems” in Physical Review Letters in 1990 for which we received the Clarivate award. That paper is still getting lots of citations 30 years after publication. It’s now the 11th most cited publication in Physical Review Letters ever. Never did either Tom or I think that would happen. Like a lot of scientific breakthroughs, serendipity played a role. We came along when just enough was known about nonlinear dynamics that we could take the next step and produce something interesting and, hopefully, useful.

The points I would make to upcoming scientists are that, first, although luck played a role in our discovery, we also followed the Roman saying, “Luck is what happens when preparation meets opportunity.” We spent time learning about nonlinear dynamics so that when we discovered synchronization, we could properly analyze it and construct electronic circuits that would produce synchronized chaotic systems.

Don’t think you are locked into the same research you did for your graduate work.

Second, don’t think you are locked into the same research you did for your graduate work. I changed my area of specialization twice to find one I loved and have continued in. Sometimes that means fighting for new funding and getting management to buy into your change. Do not continue to redo your thesis research. Do try new ideas or variations on other’s ideas that you think of. Don’t wait for others to try them to see if they work otherwise you will always be a follower, which is not rewarded much in the scientific world. Finally, this means you have to put up with more frustration and failure. It’s part of the path to some type of success, but it makes the success so much more rewarding.

Find out more about our 2020 Citation Laureates here.