Giants of research share how they found their calling

Every year the Web of Science™ recognizes a handful of world-class researchers as Citation Laureates™. This tribute celebrates the scientific and research elite, whose contributions to science have been transformative, even revolutionary, as attested by their exceptionally high citation record within the Web of Science.

We asked our class of 2020 Citation Laureates to tell us a bit about themselves and how they ended up in research. We received a huge response – both over video and email – and we’d like to share these with you here. 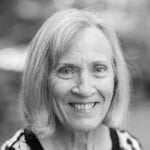 “Research is the process of discovering and answering important and interesting questions using primary source materials and logic. That has been my calling ever since I was a child.” 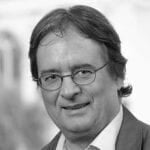 “I grew up near Montreal. All my schooling was pretty standard. I attended McGill University (mostly because I wanted to learn English), then Queen’s University (M.A.) and Yale University (PhD). I am married with 2 daughters (one before starting dissertation work and one after graduating), one son in college now, and one grand-child. For some reason, when I was a teenager I always knew that I wanted to be a University Professor. It was going to be either Physics or Economics. I chose Economics. Strangely maybe, and old “reality-based” novel called Germinal by Emile Zola (a 19th century French writer) influenced me a lot towards economics. Even in high-school, I dreamed of having a summer house on the beach and doing research there over the summer. It almost happened. I ended up spending many summers and sabbatical leaves in Brazil, especially in Rio de Janeiro with an apartment on the beach. Nice time. And productive! My wife is Brazilian. I got my first break in research with Robert Shiller, which involved a problem with unit root tests. So I drifted toward econometrics. I left Graduate School after my third year, then took a job at the Université de Montréal starting in the 2nd semester of my 4th year. The thesis was done by then. And the rest followed. Sometimes, life is a bit like a random walk.” 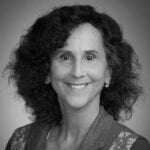 “I grew up near Portland, Oregon in a family of non-scientists, where the only expectation for me was that I would meet a man with a lucrative career to marry, and he would then provide for our children and me. This did not appeal to me, especially after I took chemistry and physics classes in high school that made me realize that science was fascinating and I wanted to learn more. I majored in Chemistry at the University of Oregon, where a whole new world of knowledge was opened up to me. I discovered that not only could I learn from books and classes, but that it was also possible to answer questions myself by doing research. It was my undergraduate research experiences and advice from wonderful mentors that made me realize that I wanted to do some form of biomedical research.” 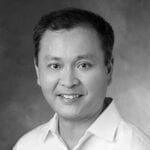 “I have always been interested in science since I was perhaps 12 years old. I remember doing physics experiments at home on my own when I was 16 using anything I could find around. I have been very lucky and become a scientist working at the interface of physics, chemistry, materials science and biomedical science in the past 30 years.” 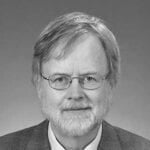 “I was always interested in science. In elementary school, the only books that didn’t talk down to me were science books. I had several teachers encourage my interest. I decided on physics because it reduces problems to their fundamentals. I started at NRL in January 1987 as a postdoc and when my projects went well I was hired full time. The project that got me hired was the same one for which we are getting the citation award- it was a Physical Review Letters paper that has been cited over 7,500 times.” 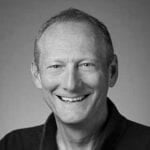 “My career has sort of gone all over the place. I started in Economics focused in the field of International Trade, moved into the field of Industrial Organization, and then wandered into Development Economics. For the past decade, I’ve been focused on trying to build a new school of international affairs at Yale University.”

Find out more about our 2020 Citation Laureates here.