Trademark dispute, alcohol is no exception.

One of Korea’s biggest holidays, Chuseok, has ended very recently. In Chuseok, families will gather to spend their time eating delicious food. In particular, there is something that cannot be missed during this holiday-‘Alcohol’. Korea has famous liquor brands in each region as shown below. 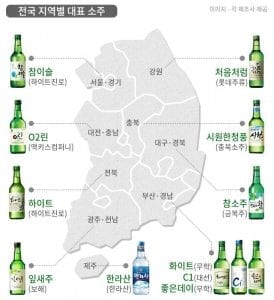 Soju (the most consumed local alcohol in Korea) is popular during this period, and with a brand representing each region – competition for the national holiday period market is fierce. The trademark dispute we will discuss today is related to the history of Hallasan, the representative soju of Jeju Island.

Hallasan Soju began to be produced in Hallasan Co., Ltd. in 1964, and has since developed into the representative soju of Jeju Island. Then, in 1998, Hallasan launched a mild soju with lowered degree of alcohol. The trademark is called ‘한라산물 순한소주 (Hallasanmul Sunhan Soju)’ as you can see below. 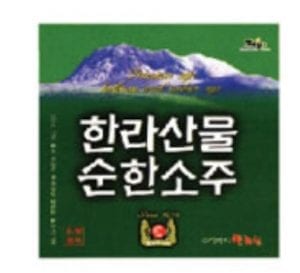 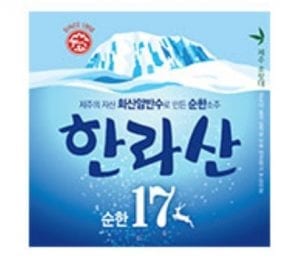 The word ‘올래’ used by the Hallasan company for soju means ‘올레(olle road)’. ‘Olle’ means a path made by connecting alleys, mountain roads, and wild roads along the coastal area of ​​Jeju Island, and in the dialect of Jeju Island, it means ‘narrow alley’. There are a total of 21 Olle trails on Jeju Island, and if you connect them, you can travel around Jeju Island (source: Naver Dictionary) Therefore, many people think of Olle trail when they hear Jeju Island.

As Olle trail is a representative symbol of Jeju Island, not only Hallasan company but also other soju company ‘Jejusoju’ (pictured below) used this name and there was a legal dispute. 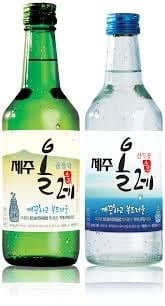 Jejusoju launched ‘제주올레소주 (Jeju-Olle Soju)’ on August 6, 2014. In other words, only ‘래’ and ‘레’ at the end are different, and two soju brands with the same pronunciation and symbol are released. Hallasan sued Jejusoju for infringing trademark rights.

Hallasan alleged that Jejusoju has violated trademark rights, confuses sales subjects and product subjects and violates the Unfair Competition Prevention Law. The defendant, Jeju, argued that “Olle” is a geographical name and therefore cannot be regarded as an important part of the trademark.

In response, the court accepted the claim of Hallasan Corporation for infringement because the ‘올레(olle)’ part is a discernible key and its name is similar, which may confuse consumers and infringe on trademark rights.

“In this case’s first to third trademark rights (올래소주 of Hallasan Co., Ltd.), it is clear that the ‘올래’ aspect is an important part which has an independent identification function … And in the ‘제주올레소주 (the product of Jejusoju)’ emblem, it is reasonable to view the ‘올레’ part as a key part that has an independent identification function… The “제주” part of the ‘제주올레’ corresponds to a prominent geographical name and is indistinguishable. On the other hand, the “올레” part is hard to find any particular situation that might be considered indistinct or weak in relation to soju. Therefore, the discrimination ability of ole part is much higher than that of “Jeju” part. … The names are very similar when the first to third trademark rights (올래소주) and the ‘제주올레’ mark are prepared based on the important part, and thus if the first to third trademarks (올래소주) and ‘제주올레’ are used together in the same similar product, the two marks are similar because they can lead consumers to confuse about the source.”(darts-793-102-E-ko)

In Europe, there was also a trademark dispute over the famous beer brand “Budweiser”. Belgian Anheuser-Busch InBev and Czech Budejovicky Budvar have exported the same brand beer Budweiser to the UK since the 1970s. Anheuser-Busch sued Budva’s trademarks for invalidity because they first registered the Budweiser trademark in the UK. Eventually, the European Court of Justice has made a judgment. The European Court of Justice(ECJ) sees that the two Budweiser beers have been sold in the UK for a long time and that consumers can distinguish each brand and thus do not see a negative impact on Anheuser-Busch. The ECJ therefore concluded that both trademarks could be used in the UK. 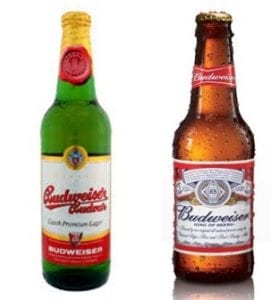