In recent years, state governments began to notice rising costs of drugs and hidden charges associated with them. As state and federal governments contribute to a large portion of Medicaid expenses, they are committed to controlling rising Medicaid expenses. Now, they are trying to control these costs by trying to implement various reforms. When a pharmacy benefit manager (PBM) gets higher payment from the insurer, compared to what it pays the pharmacy for the drug and keeps the additional amount as profit, it is called spread pricing.

Some states have been trying to prevent spread pricing by selecting a single PBM to manage Medicaid pharmacy benefits.

Other states have passed bills or are trying to get a single PBM to manage Medicaid.

What could this mean for pharmacy benefit managers?

States that have taken steps to control spread pricing 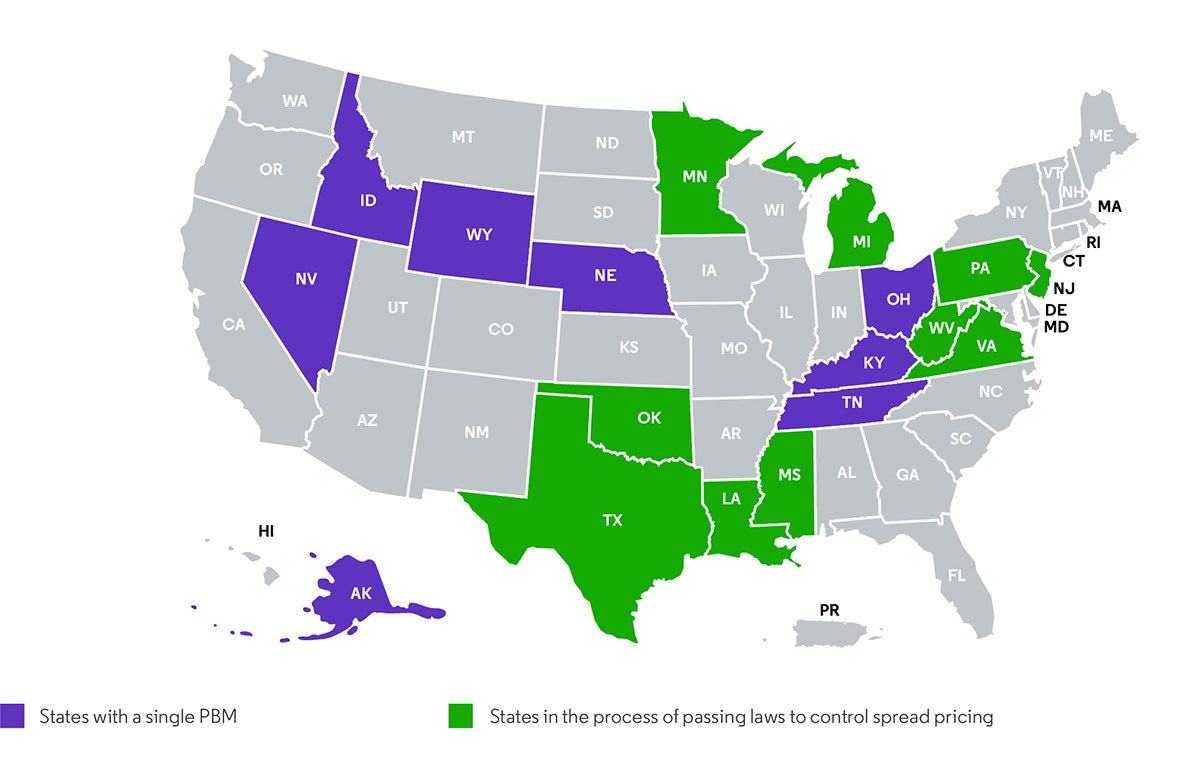 Drug pricing transparency, coupled with the enormous bargaining clout of being the only PBM managing Medicaid in a state, may reduce the total cost of drugs significantly. If more states move to a single PBM model, there could be rising competition to win a state contract that guarantees significant membership for a long period of time. Such reforms will answer questions regarding the effectiveness of a “pass-through model” adopted by most PBMs.

Overtime, states have increased their reliance on third party payers and PBMs, making them prone to financial losses due to spread pricing. A report by Ohio state auditor in 2018, found that the overall drug costs had increased through spread pricing. Now, states are finding different ways to curb these rising prices in Medicaid. For example, Ohio’s model of a state-regulated single PBM may be one of the answers to this problem. Additionally, Michigan’s decision to move back to FFS might be a good choice to control spread pricing, but will add to the state’s administrative load. Moving forward, we can expect new state level policies that dictate more control over pricing issues and eliminate multiple third party PBMs.

Get a comprehensive and granular view of the healthcare ecosystem and market dynamics and how to break down barriers to access with Clarivate market access intelligence.