In 2019, TIME selected a Korean singer for one of ‘the 100 most influential people’. Who is it? It is BTS. They are also famous with their name gracing the billboard charts. Hyundai, the well-known automobile company, also uses BTS as its advertising model and their value is beyond imagination. As the name ‘BTS’ has a big influence, the agency- Bighit Entertainment has officially registered ‘BTS’ as a trademark last year.

H.O.T is the first-generation idol group created by SM Entertainment. H.O.T, which has enjoyed tremendous popularity, holds an upcoming September concert this year(2019). However, they can not use the name “H.O.T” in this concert. H.O.T. had to use the name “High-live of Teenagers” instead of H.O.T. in last year’s concerts, too. What led to this situation? 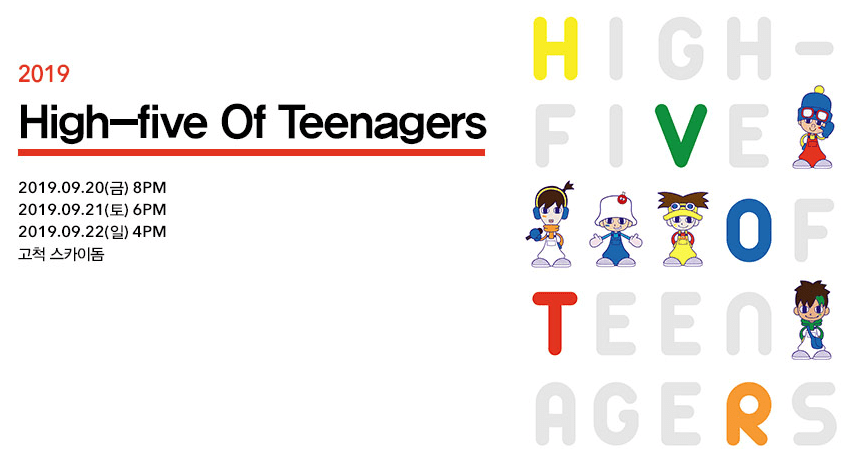 This is because of a dispute with former SM Entertainment representative Kim Kyung-wook. Kim Kyung-wook, who was the early representative of SM Entertainment, is the person who took up the fostering, debut, and early activities of H.O.T. After H.O.T was dismantled in the 2000s, afterwards, H.O.T reunited through the TV show called “Infinite Challenge”, in the episode which popular singers in the 90s gather again and make a concert. Although fans and singers may have been waiting for a long time, as Kim Kyung-wook had already registered ‘HOT’ trademark, H.O.T cannot use the name ‘HOT’ to open or promote a concert, and eventually have to use the long name “High-five of Teenagers.” These idol team names have frequently been involved in the trademark disputes between the singer and the agency from the 2000s when the idol industry became active and the achievements became visible. 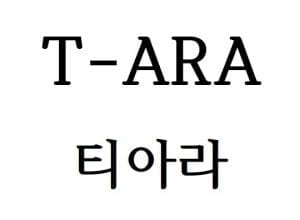 First, let’s see the case that the idol group finally defend their team name in a dispute with their agency. This is the case of the girl group ‘Tiara’. MBK Entertainment, an agency of Tiara, has registered ‘T-ARA’ and ‘티아라’ trademarks in the Patent Office. Three days later, the contract between Tiara and MBK has expired, and Tiara members were at risk of not being able use its group name. The members of Tiara submitted the reasons for refusing the trademark application, and the Patent Office stood on the Tiara members’ side.

“’Trademark Act Article 34 (1)-6.’ states that “Notwithstanding Article 33, none of the following trademarks shall be registered: Any trademark containing the name, title, or trade name, portrait, signature, seal, literary name, stage name, pen name of a prominent person, or his/her abbreviated title: Provided, That where the consent of such person has been obtained, trademark registration may be obtained.” In order to comply with this, the name of the other person should be prominent in itself, and it should not be a prominent trademark and used as a trademark. In order to judge whether or not the name is “well-known”, one should take into account the period of use, method, the amount of usage, the scope of trade, the reality of trade, etc. and consider if the name of the other person has reached a level that can be widely recognized in the socially accepted idea or the transaction society related to the designated goods. (Supreme court, 2012후1033(darts-650-474-B-ko)/ 2005허9145(darts-843-351-A-ko)/ 2016허8032(darts-786-527-D-ko)). The point of judging whether or not it falls under Article 34 (1) 6 of the Trademark Act is the time of filing of the trademark registration of the registered trademark… As we have seen above, this trademark is a trademark that includes the famous artist group name “티아라, T-ARA”. In this case, it seems that there is no consent of the group members who is ‘the other person” in relation with the company, so the trademark registration can not be accepted under Article 34 (1) 6. ”(Intellectual Property Trial and Appeal Board, IPT, Application number: 40-2017-0167993/(Receipt/Delivery Number)952019001014451)

The second example to look at is the case of the boy Group ‘BEAST’. This is an example of a idol group failing to keep their team name. BEAST, who made its debut in 2009, is a boy group that debuted at Cube Entertainment, and the contract expired last October. Afterwards, the members established their own independent agency, and it was not only the agency that has changed, but also their team name. It is because Cube Entertainment has registered trademark rights for ‘비스트’, ‘B2ST’ and ‘BEAST’.

In the case of ‘B2ST’ which is decided to be registered in 2016.1.2., The notice of submission of comment saying ‘trademark registration should be rejected by Article 7 (1) 6 of the Trademark Act’ was submitted but not accepted. In the end, ‘B2ST’ was registered as a trademark by Cube Entertainment. Since then, BEAST has been working under the new name “Highlight”.

“This application service table “B2ST” can not be registered because it is a service table that includes the names of other famous persons as shown below. However, this is not the case if the consent of the other person is obtained.”(Intellectual Property Trial and Appeal Board, IPT, Application number: 41-2015-0000239/(Receipt/Delivery Number)) 952015044198615)

In the case of foreign countries, there is no concept of idol, and singers make a contract with the agency after they have grown. So there is not much dispute between singers and agency like South Korea. In contrast, South Korea has a strong concept of training and nurturing idols, and it is a reason these trademark disputes are frequent. It is considered appropriate for an agency to have trademark rights of the name, because the agency has been doing various training such as vocals and dancing since the young age. Yet, it would be also unfair for idol groups and fans not to be able to use the name of a team that has been maintained for a long time, only because the group has expired their contract with the company. In addition to the above mentioned cases, famous groups such as Shinhwa, TVXQ, etc. have been under trademark dispute, too. In this regard, experts are suggesting solutions such as “setting a right to use trademark license ” or “transferring the trademark rights”. Considering the Korean Wave trend, which is represented by BTS, and the growth of the idol market, which is (in 2017) estimated to be worth of 3 ~ 4 trillion won in the domestic market, the trademark dispute over the name of the team is expected to become more visible in the future.