In this episode of Conversations in Healthcare, Richard Erwin discusses how Roche Products Limited (UK) has evolved their strategy during the pandemic.

In the past two years months, the healthcare industry demonstrated how it can mobilize its resources to tackle what has been one of the greatest healthcare challenges in history. During One Nucleus’s ON Helix conference, which focused on new medicines in a brave new world, Mike Ward, Head of Thought Leadership, Life Sciences and Healthcare at Clarivate, interviewed Richard Erwin, general manager and managing director of Roche Products Limited (UK), the British arm of Swiss pharma major.

Richard shares how the pandemic has shifted Roche’s priorities and why the organization has heavily increased their investment in R&D.

Mike Ward:
Can you share your thoughts on the tangible effects that the pandemic has had on working practices at Roche?

Richard Erwin:
Even though we have quite a strong, virological background and we had some preparation for influenza, SARS and MERS, I don’t think any one of us was prepared for still being in the same position about 15 months later. I guess there’s probably four key things that jumped out at me.

The first – we were already a highly virtual company and I feel maybe a bit like a dinosaur saying this. I really started to become concerned by purely virtual working. The reason why I’m concerned about it is number one, we cannot support our colleagues’ well-being virtually. We all have friends, we all talk with people working in all sectors, everyone is at breaking points. I love working long hours, but my diary’s gone from 12-hour days to 15-hour days with no gaps in between. I see exactly the same for all of my colleagues. We’re not supporting our colleagues in terms of well-being.

I don’t believe, whilst I think virtual tools have progressed exponentially and you can do a lot, including big teams working creatively, moved into subgroups, et cetera, but I’ve yet to believe that you can truly work in the most creative way with a purely virtual way of working. Anyone who truly believes you can build a team with a completely virtual existence, I think is dreaming.

Number two, in terms of clinical research, it has been through a roller coaster. Some positive aspects in terms of speed of startup that we saw. I think I mentioned again, we used to be on a one-year timeline from first having a clinical trial idea to first patient in. During COVID, we’ve made that one month. I think there’s been some incredible pieces of that, of remote monitoring, that we said we couldn’t do in the past. Also, thrown in with that, what we’ve done in the United Kingdom on things like RECOVERY and REMAP-CAP has been world-leading and brilliant to see. I hope that we can start doing that outside of COVID-19 studies and more routinely in other studies.

The only thing on clinical research I would say from the United Kingdom, we’ve quickly found out that people in the NHS are super constrained in normal time, leave alone a pandemic. We’ve got to treat clinical research like it’s a real priority because at the moment, it’s a little bit of an afterthought in our healthcare system and I think that does need to change. I think it’s acknowledged by lots of people that it needs to change.

Very quickly, third piece for me, how medicines are delivered, the world has changed overnight. Say in the past, purely IV treatment, centrifugal treatments, people were generally at a restrained capacity, but we can find ways to do it. Not anymore. The world has moved on and being able to deliver innovative medicines in a way to patients in their home. We’re going to see much more focus on earlier development of new formulations, alongside good development of new chemical entities.

“We’ve got to treat clinical research like it’s a real priority because at the moment, it’s a little bit of an afterthought in our healthcare system and I think that does need to change. I think it’s acknowledged by lots of people that it needs to change.”

The way it used to work was you develop your new chemical entity, and then you think about new formulations. Not anymore, the two of them are going on hand-in-hand, and we’re going to see a huge preference in every country in the world. The United Kingdom will be the most extreme outlier of how can you make these administrable by either at home or certainly in an active hospital setting?Then the last one very quickly is and I think a brilliant thing. The world no longer accepts variances in patient care and variances in outcomes. Now it’s not good enough to just not accept them. We’ve got to work out how are we going to identify them? How are we going to fill the gap and make sure that you would just simply don’t get those differences in outcomes? I think we’re at the start of a journey, but I think that’s a really good thing to say, it is no longer acceptable. In an advanced world, you could have a country like the United Kingdom because I sit in Hertfordshire, and I won’t name the hospitals. We’ve got to be working in partnership to deal with the whole of the patient community, not just half of it.

Mike Ward:
You mentioned about the wellbeing of colleagues. What have you implemented to try and help or provide that support for that wellness?

Richard Erwin:
I don’t think there was any rocket science to it. Honestly, it wasn’t much more complex than saying, sorry, guys, especially during the real peak of the first wave, and then coming into Christmas, and beyond, then to the start of this year. We just said, put your family first. I think with so many people home-schooling honestly, people have to be given that support to go, “sorry.” Looking after your kids, looking after elderly relatives — whatever you’re doing that needs to come first.I think we’ve also found there are areas, say more critical areas, supply chain, where we have to make sure that there’s no interruption of supply. We had areas of people who didn’t have kids, who were still able to work properly. We were able to swarm in some ways, some people from our organization, to work in completely new areas to support the supply chain.

I think we’ve been able to do some pretty clever stuff, but I don’t think any of it is rocket science. It’s really putting your people first and that is your most critical priority. We deliberately switched off and it came about, certainly, sales. Yeah, we still wanted to think about patients and a patient’s outcomes, thus far. We just put a people first and family first mentality. I think I see the same in lots of companies. I don’t think we’re alone here. I think we’ve just gone through an unprecedented time and people will never forgive us for not getting it right in this period of absolute craziness.

“I think we’ve been able to do some pretty clever stuff, but I don’t think any of it is rocket science. It’s really putting your people first and that is your most critical priority.”

Mike Ward:
You mentioned the virtual world and the fact that there was this huge amount of destruction. What impact has that had on your ability to your practice, research and development and get that going? Has it had an impact on productivity?

Richard Erwin:
Well, it’s been pros and cons. If I look at our work, clinical research, we lead our global clinical research from the United Kingdom. We not only get the insights from the United Kingdom, but probably from most other countries. I guess a lot of the listeners will realize this, but we have probably been the most impacted country of, quite rightly, and I’m not criticizing the decisions, but the decisions to prioritize, treating COVID-19 meant that everything else got deprioritized. Therefore, our clinical trials development programs in oncology, hematology and rare diseases in all of our critical areas slowed way more dramatically in the United Kingdom than in any other country.Now, interestingly for us, I find it amazing we have not lost any time, in terms of the development timeline for our products. That’s been a little bit of a miracle and driven by far less impact in some other big countries – the United States, Canada, Germany, etc., that we’re able to continue recruiting into global development programs at the same rate.Clearly, on top of that though, we’ve been able to, on really short timelines, prioritize a load of studies in COVID-19 and do both of them at once. If we look at our total R&D productivity, it may have actually gone up not down through this period. We’ve been involved with both monoclonal antibodies, antibody cocktails and now oral antivirals in developments. These things have moved to say, at a supersonic pace.

We’ve had to be really flexible, really agile, but I think overall, we’ve managed to do a lot of the developments, despite all the hurdles. The other thing, just to be really open, operational costs have dramatically reduced. There are just things that every company probably would have spent on that just have not been happening.

Generally, if I look at our clinical development team, they would have been spending a lot of time on airplanes, traveling to see regulators —all of that’s happened virtually. Actually, a really, really good thing has been we’ve been able to actually put more money into R&D, not less money through the savings that we’ve made on less air travel, less a lot of other travel, and a lot of other things. It’s actually pushed us to be a real catalyst to actually try and do more, in terms of R&D overall.

The only future for any company is how much we invest in R&D, incredible scientists and collaboration. I think more and more companies we’re seeing of so-called big pharma are seeing that they’ve got an even bigger sums into their overall R&D. I think that has been a really positive point.

I guess the only other comment I would make is that we shouldn’t take for granted, the United Kingdom is pretty good, in terms of, for me, both scientific leadership and clinical leadership. It’s been amazing some of the positive opportunities for really creative partnerships that have come from COVID-19. I hope we’re going to learn to apply those to every area and not just COVID-19.

I already touched on it, but what I think about what RECOVERY has done in the United Kingdom. Now, imagine if we can find a way to recruit to ecology studies, almost like a single collaborative group, not every single center competing with one another? We could really do some world-leading stuff.

The above is a partial transcript from this interview. Additional questions discussed include:

Want to stay up to date on the latest episodes and view past ones? Subscribe to Conversations in Healthcare. 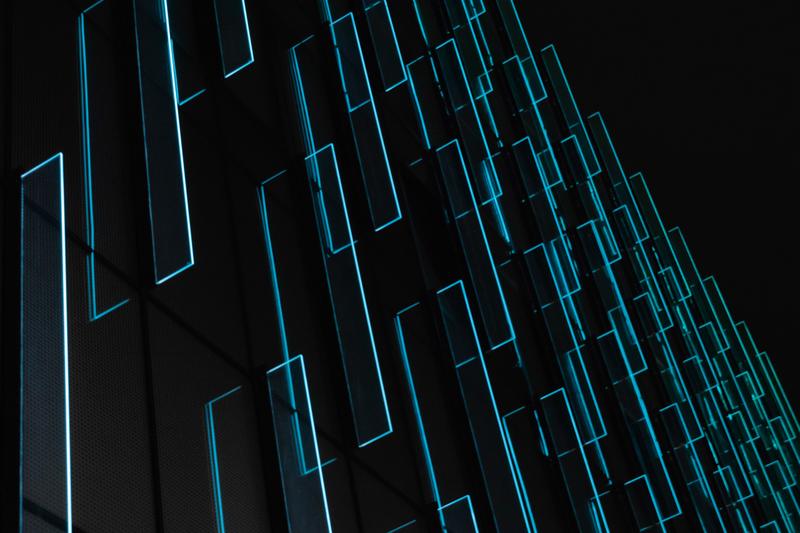 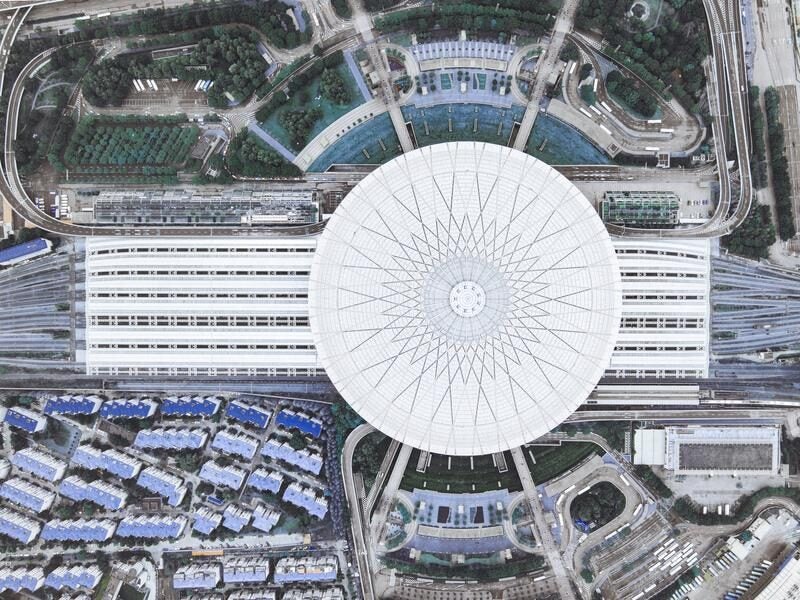 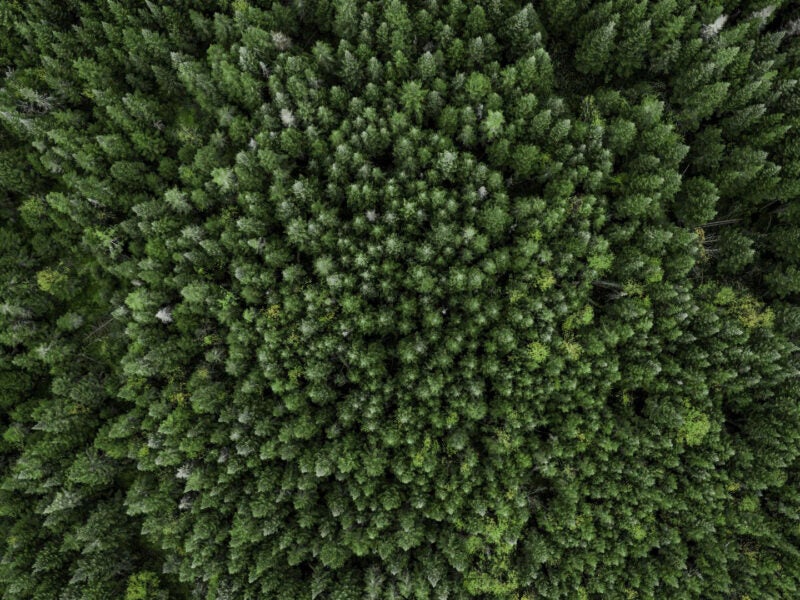